High school basketball: Tight first half, but West boys pull away from East 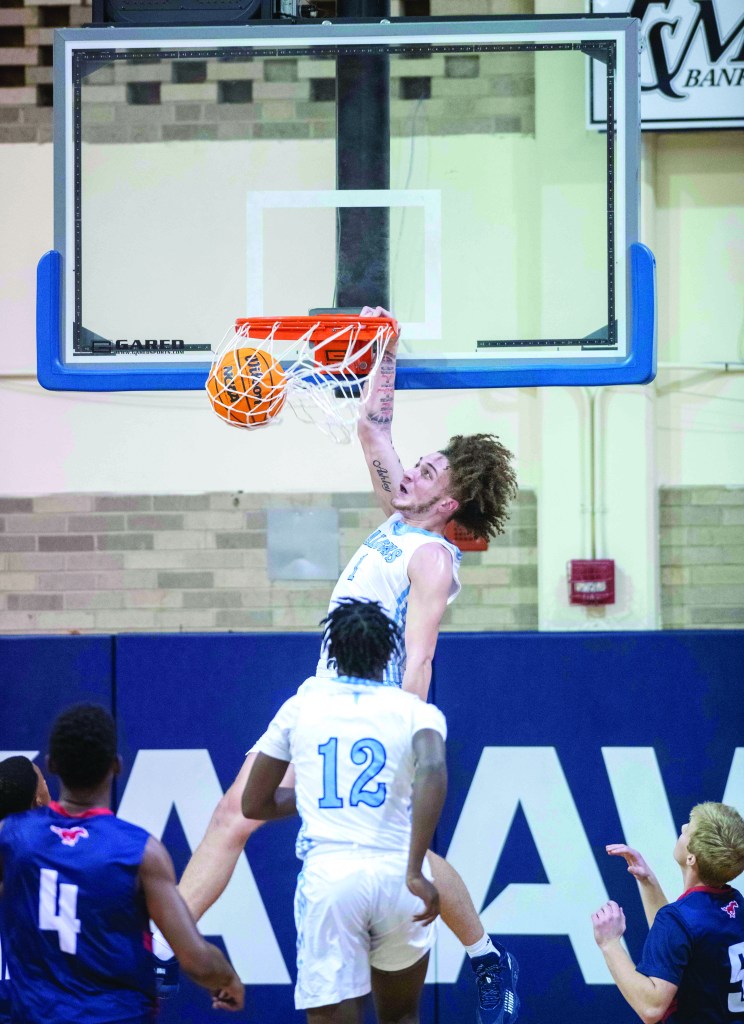 GRANITE QUARRY — It’s starting to come together for West Rowan’s boys basketball team, a squad which has played the fewest games of any of the county teams.

West got  a career-best 27 points from Levon Jacobs in Tuesday’s win. The Falcons got Athan Gill’s career-high of 20 in beating East Rowan 62-48 on Wednesday, and Kayvone Norman also had a career scoring game with 12.

The third-place Falcons (8-6, 6-3) got three 3-pointers and 16 points in the South Piedmont Conference contest from William Givens, who got back on track after being held to three points on Tuesday to break a long string of double-figure outings.

Only five Falcons scored against East, but they scored enough.

“West is only up 32-28 at halftime, we’re playing well and we’ve got them in some foul trouble,” East head coach Andrew Porter said. “But then we went cold in the third quarter. We missed a lot of opportunities and didn’t get the stops we needed.”

Dylan Valley scored 19 for East, his best game since Christmas. He made a couple of early 3-pointers and scored eight in the first quarter.

Tee Harris added 11 for the Mustangs, who have lost since six of their last seven.

East competed much better against the tall Falcons then it did in an 88-56 loss in the Christmas tourney.