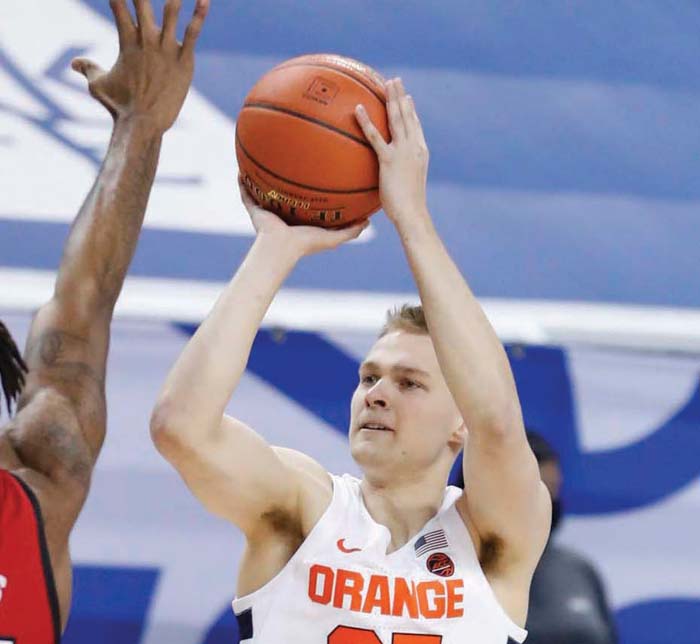 Syracuse’s Buddy Boeheim had 17 points in the victory over NC State. File photo courtesy of ACC

The Wolfpack trailed 83-82 after a pair of Dereon Seabron free throws but Syracuse quickly answered with a Swider 3-pointer from the left wing. N.C. State missed its next five shots, and though the Orange missed its last seven from the floor, Syracuse saved itself going 3 of 4 from the foul line in the last three minutes.

Terquavion Smith hit seven 3-pointers and scored 25 points for the Wolfpack (10-13, 3-9) and Sebron had 17. Jaylon Gibson scored a career-high 14 points filling in for Ebenezer Dowuona and Thomas Allen added 11.

N.C. State hit 10 of 20 3-pointers in the first half and led 45-42 at the half. Casey Morsell promptly hit the 11th to start the second half but Syracuse then went on a run, making its first 11 shots of the second half, four of them 3-pointers.