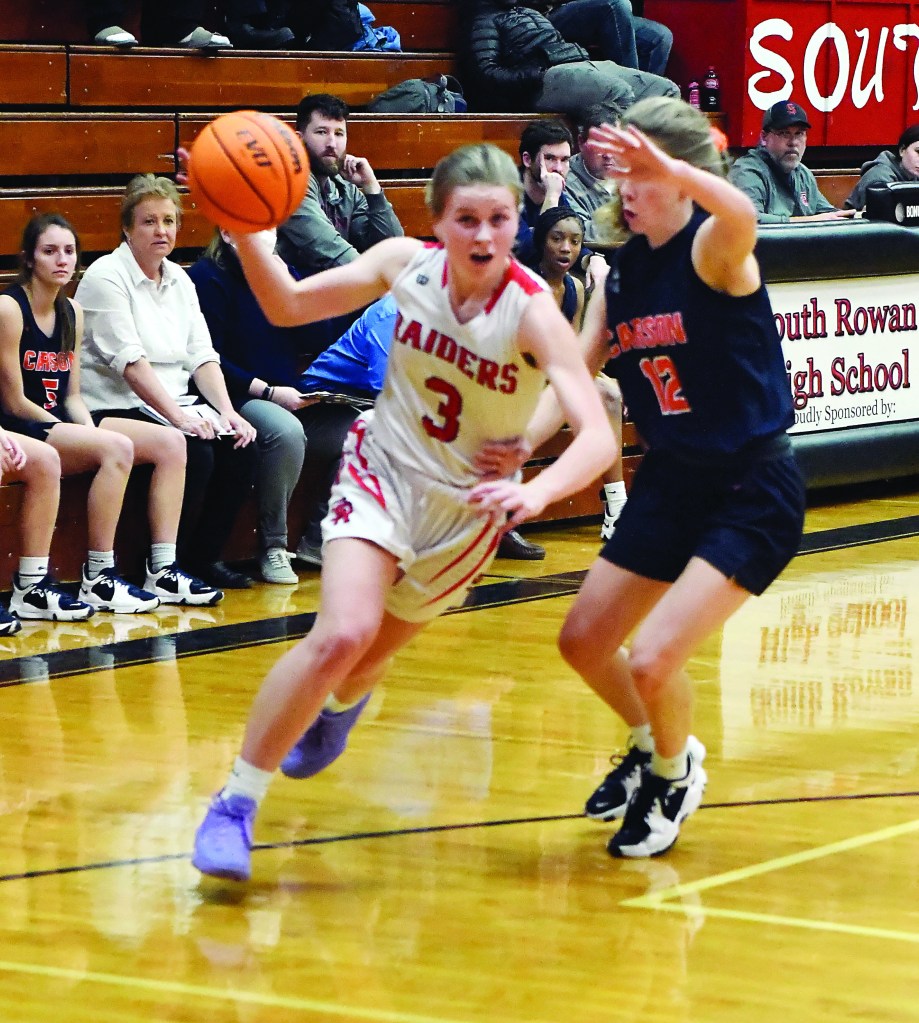 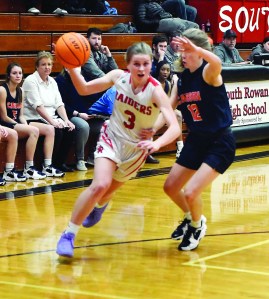 LANDIS — South Rowan’s 63-14 girls basketball romp against Concord on Tuesday was an easy one.

South Rowan head coach Alex Allen looks forward to winning some of the hard ones in the South Piedmont Conference.

South finished a season sweep of Concord, which is ranked 50th among the 55 3A teams.

Madilyn Cherry made three 3-pointers and scored a career-high 16 for the Raiders.

Bethany Rymer is making a senior charge toward 1,000 points. She got some rest against the Spiders, scored 15 and boosted her career total to 931.

Junior Mackenzie Chabala, who scores mostly on offensive rebounds and free throws, scored seven and is closing in on 500 in a hard-working career.