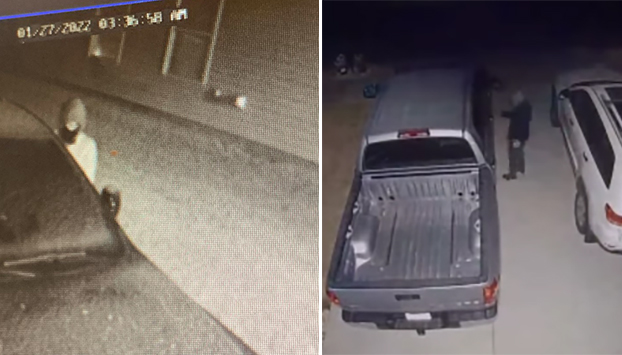 Two video stills from break-ins in the Oaks of Landis neighborhood. Police are looking for information in connection with a series of break-ins last week.

LANDIS — Police are asking for the public’s help in a trio of incidents officers that may be related.

In addition, police received a call about a found firearm near a park in the same subdivision. Officers recovered the gun and learned it was reported stolen in Mecklenburg County.

Later while on routine patrol, officers located a suspicious vehicle in the area. Officers attempted to contact the occupants of the vehicle, but they fled on foot. The vehicle they were occupying was also reported stolen out of Mecklenburg County. It was towed from the scene after officers conducted an investigation and searched for the occupants. The Landis Police Department received assistance from the Rowan County Sheriff’s Office and the China Grove Police Department.

The Landis Public Safety Department Criminal Investigations Division is seeking the public’s assistance for the identification and apprehension of the suspect(s) involved in these crimes and believe they could be related, a news release said.

Anyone with information can contact Sgt. D.C. Toms by calling 704-245-7179 or emailing dtoms@townoflandisnc.gov.