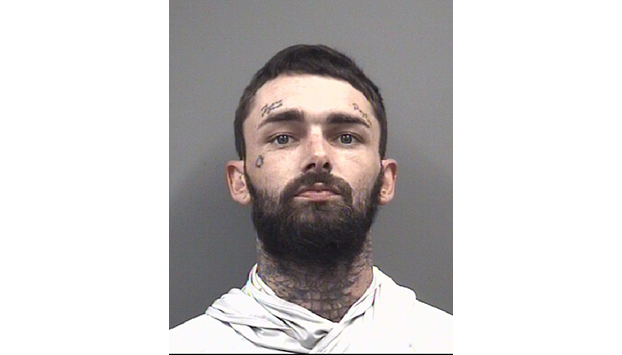 SALISBURY — A 29-year-old China Grove man faces a new felony charge for pressing a knife against his ex-girlfriend’s stomach, stabbing her and saying she couldn’t leave the house, according to the Rowan County Sheriff’s Office.

The new charge is connected to an incident on Tuesday in the 3800 block of Cliffdale Road, which is east of Salisbury.

A Rowan County Sheriff’s Office report stated Burris became upset around 6 p.m. Tuesday because he ran out of beer and his then-girlfriend declined to buy more. A friend drove to the Cliffdale Road house with food and asked if the girlfriend was OK. The girlfriend planned to leave, but she was stopped by Burris in the bedroom. There, Burris pressed a pocket knife against the girlfriend and told her she wasn’t leaving and couldn’t be with anyone else.

The girlfriend left after Burris allegedly pushed the knife about a fingernail’s length into her stomach. A Rowan County Sheriff’s Office report stated Burris ran from the house after the incident.

All of the five pre-existing charges were outstanding at the time of the incident on Tuesday, Rowan County Sheriff’s Office reports state.

Burris was being held in the Rowan County Detention Center Monday with a $25,000 combined bond.

Winter Flight returns to Catawba College with hundreds of…