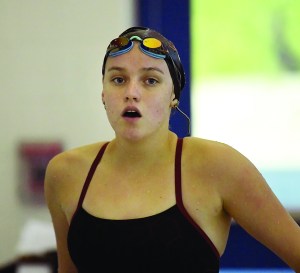 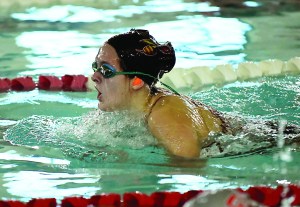 SALISBURY — With winter weather on the way, the 1A/2A Central Carolina Conference managed to hold the conference swimming championships on Friday at Hurley YMCA.

The meet started at 3:30 p.m. with instructions that it had to be completed by 5 p.m.

It all worked out for the relatively small Salisbury’s girls team that was runner-up in the county on Wednesday, despite winning most of the events.

Senior Sage Huffman and freshman Ava Morris won all their events, just as they did in the county meet.

Huffman took the 50 and 100 freestyle sprints. Morris won the 100 butterfly and 100 backstroke.

Huffman and Morris teamed with Lucy Heilig and Kate Burton for wins in the 200 medley relay that began the competition and the 400 free relay that concluded it.

Heilig had a third in the 200 IM and a fourth in the 100 breaststroke.

The CCC has a new look this year with schools such as Oak Grove, North Davidson and Ledford moving up to the 3A ranks.

The Hornets won their third straight conference title. They also won the CCC from 2014-17.

Next for the qualifying Hornets is the 1A/2A Central Regional at the Greensboro Aquatic Center on Feb. 4.

Salisbury had only six boys competing on Friday but finished second in the CCC Championships.

Jack Heilig was the standout for the Hornets. He won the 200 free and 100 breaststroke.

The Hornets racked up points in the 200 free, with Heilig, Shaffer and Burton finishing 1-2-3.