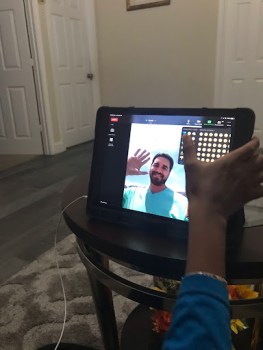 Submitted photo - A trip to Peru. Every trip has a guide that shows the students around and tells them about the place they are visiting. They always learn how to say hello and goodbye in the native language. 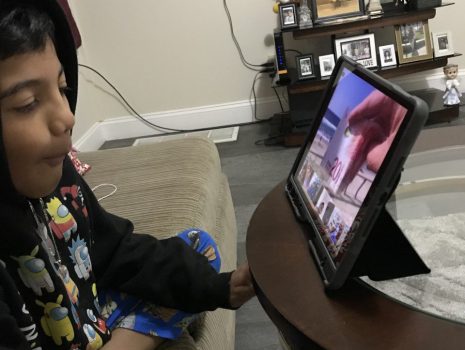 SALISBURY – Oceans, money and a pandemic have not stopped Mariel Gómez de la Torre from taking her students around the world.

When the COVID-19 pandemic started, the English as a second language teacher at Summit Virtual Academy recognized the possibilities of virtual learning. With the power of the internet and the help of her friends, students have been able to take virtual field trips to such sites as Peruvian school houses and Swiss supermarkets.

These are not approximation experiences cobbled together with images and articles from internet searches. Gómez de la Torre gets people who live in the countries where her class is visiting to join on a video call and show them around.

Some of the tour guides are friends or friends of friends, and Gómez de la Torre has been surprised by the number of people who have come out of the woodwork to help her students with their visits.

Gómez de la Torre speaks four languages and is learning Turkish. She thinks the trips impress the importance and power of learning different languages. Every time the students visit another country, they talk about wanting to go there in person, and every guide walks students through how to say “hello” and “goodbye” in the native language.

Her current goal is to get her students a field trip to Antarctica. The frozen continent is home to few people, and most of the people there are government-funded scientists. So, finding a connection has been difficult, but she is determined to make it happen.

She is writing letters to governments performing research in Antarctica, but she has had no luck yet. She hopes the word gets out and someone with a connection can make it happen for her students.

So far, students have gotten a look at places all over the world: the Americas, Africa, Europe and Asia. The students have loved it. The trips have been extracurricular — sometimes taking place during odd hours before or after school to account for time differences between Rowan County and places on the other side of the globe.

Her students are so excited for the trips that most of them show up to discover things like the difference between a Swiss and American grocery store or what it’s like to take a walk along the Mediterranean Sea.

These field trips are an extension the potential she sees in virtual education.

“My best scores have been in virtual,” Gómez de la Torre said. “Because you can do much more with the kids than you can face-to-face.”

Gómez la Torre said the flexibility of virtual learning has helped her schedule her time to help more students individually.

“They love this,” Gómez de la Torre said, adding that while virtual may not be right for everyone, for some kids it is great.

Gómez de la Torre said she has a handful of students who have done so well that they have asked their parents to open them savings accounts so they can save for college and travel as well.

She is a world traveler, too. She is a native Peruvian and began living in the U.S. in 2003. She has visited a litany of countries in the Americas and northern Europe. Her husband is also Dutch.