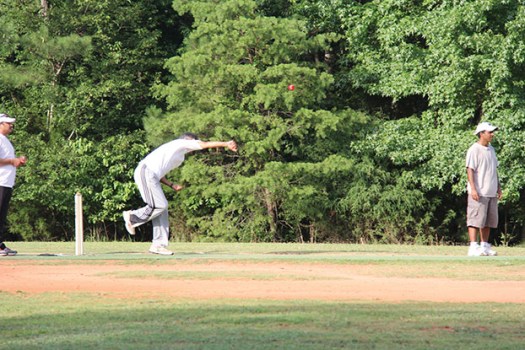 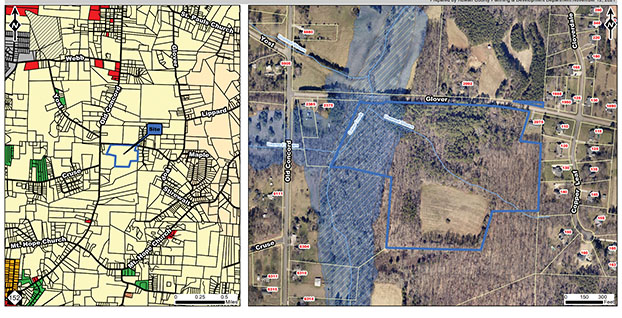 A geographic map of the future cricket site. 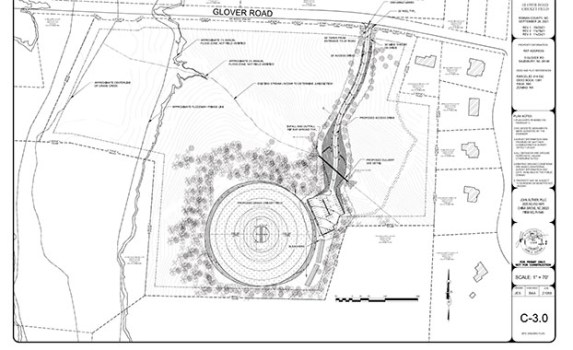 The site plan for the cricket field.

SALISBURY — To find the nearest game of cricket when he was living in Michigan, Jaypal Kalagiri had to wake up at 6 a.m. on the weekends and drive two or three hours.

The sport he’s loved since childhood was always worth the commute.

Cricket is an outdoor bat-and-ball game comparable to baseball. It’s most popular in India, Australia and the United Kingdom, where it was invented, but not yet as widespread in America.

Kalagiri picked up the sport when he was growing up in southern India. He brought his passion for the game with him when he moved to the United States in 2002 and settled down in a small town near Lake Michigan. With no field nearby, Kalagiri was forced to travel to Detroit or Chicago to play. The cricket season was also shortened to just a few months each year due to the cold weather.

Having a longer playing season was one of the benefits of moving to North Carolina, which is what Kalagiri did in 2014.

After receiving zoning approval from the Rowan County Board of Commissioners last week, Kalagiri is moving forward with plans to construct his own cricket grounds on a 35.5-acre parcel of land on Glover Road, just west of Faith. Plans for the field were first approved by the Planning Board.

Kalagiri, who works in information technology, envisions the grounds becoming a place where thousands of cricket players in the Charlotte area meet to compete.

“This will be very beneficial for everyone,” Kalagiri said.

Cricket is played by two teams of 11 on an oval-shaped field with a rectangular pitch in the middle. A member of the fielding team bowls a ball toward a wooden wicket. A player from the batting team attempts to hit the ball before it hits the wicket, typically aiming to knock the ball past the boundary to score points. There are multiple ways cricket can be played, with some games lasting seven or eight hours and others lasting just three. In one format, matches are played over the course of five days.

Kalagiri said matches at his field will be played mostly on weekends between members of several local cricket organizations, such as the Carolina Cricket League. The playing surface itself will be about four acres. There won’t be lighting at the field. So, play will conclude when the sun goes down. There will be 48 parking spaces and a few bleachers for family and friends to watch the action.

Although most North Carolinians know plenty about football, basketball or baseball, few likely know about the game of cricket. Still, Kalagiri said there’s a substantial cricket-playing community in the Charlotte region. He connected with the community as soon as he moved to Concord.

“Cricket is a good way to make friends,” Kalagiri said.

He estimates more than 1,000 cricket players may be able to take advantage of his new field.

Kalagiri’s cricket field might be the first in Rowan County’s history, but it won’t be the only one in the Charlotte area. Local cricket leagues host matches at Reedy Creek, Kilborne and Robert Smith parks in Charlotte. Kalagiri has also traveled to a field in York, South Carolina. Not all of the fields are large enough or suitable for players to use the traditional leather cricket ball, which is heavier and requires competitors to strap up in protective gear. Many times, players must use what amounts to a heavy tennis ball instead. Kalagiri said his new Rowan County field will be large enough to accommodate both forms of play.

Kalagiri started considering the idea of creating his own field about three or four years ago with the goal of giving cricket players a more convenient place to play. The site he picked out in Rowan County is well positioned between Charlotte and the Greensboro area with easy interstate access. It also has a nice patch of cleared land perfect for a pitch.

Kalagiri estimates it’ll take two or three months before the cricket field is ready to host games and tournaments.

Kalagiri doesn’t want the field to only cater to established cricket players. He hopes it will help introduce the game to new fans and competitors.

“We welcome everybody to come and check out the game,” Kalagiri said.