Judy Newman remembered for putting Rowan County on the map 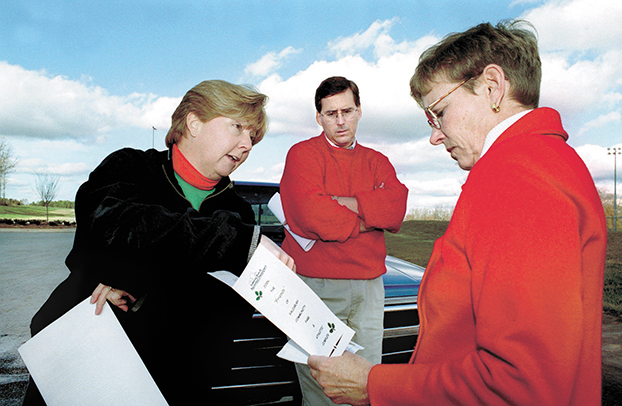 Every Friday at 5 p.m., Lint or Newman dialed the other and they’d spend the next few minutes talking about tourism.

At the time, Lint was working at the North Carolina Zoo in Asheboro and the Greensboro Convention and Visitors Bureau. Newman was executive director of Rowan County’s Tourism Development Authority.

Lint was making a push for Randolph County to launch its own tourism development authority and she found a helpful ally in Newman, who was on the forefront of using tourism as an economic engine.

“We would have our own phone call to talk about the week — what issues did you run into? What successes would you have this week?” Lint said.

After a while, their conversations turned to more casual matters.

“Of course, we always liked to gossip about folks and talk about our gardens because she was an avid gardener and so am I,” Lint said.

Newman was like that — the ultimate professional and also a friend.

Newman died at the age of 74 on Thursday. She will be remembered by many in Salisbury and Rowan County for the impactful way she promoted the county’s history and attractions and for setting the stage for what the county’s tourism industry is today.

“She really did put us on the map,” said Kaye Hirst, former director of Rowan Museum who worked closely with Newman for many years.

Newman was born in Salisbury in 1947. She graduated from high school in Texas and studied at Texas Tech University before moving back to her hometown and earning a degree in business administration from Catawba College.

In 1989, Newman was hired as the first executive director of Rowan County Tourism Development Authority. When she started on the job, the travel industry wasn’t viewed with the same importance as it is today.

“Tourism back in the ’80s was considered a four letter word,” Lint said.

James Meacham, now executive director of the Rowan County Tourism Development Authority, describes Newman as an “early pioneer” of pushing the importance of tourism in smaller communities. Targeting day-trippers and overnighters in the pre-digital age, Newman hustled to get information about Rowan County in local, state and regional travel publications.

“She was really smart at identifying where people got information on traveling,” Meacham said.

Newman didn’t try to compete with the mountains or beaches, Meacham said. Instead, she sought to differentiate Rowan County and highlight what it offered that other places didn’t.

Newman bolstered the county’s external brand, but she also sought to strengthen the ties between local attractions. Hirst remembers how Newman rallied together entities like the N.C. Transportation Museum, village of Gold Hill, Downtown Salisbury, Inc. and Rockwell Museum.

“All the tourist attractions would gather with her, sort of have round tables and really hash it out,” Hirst said.

Oftentimes, Newman started out meetings by pitching a new tactic she thought might help bring in more visitors.

Newman was never afraid to experiment. With her guidance, tourism brought the F&M trolleys under its purview and built the program into a successful enterprise by renting trolleys out for private events and using them to offer weekly historic tours of downtown Salisbury.

Meacham said Newman was instrumental in moving tourism from the Salisbury Train Depot to the Paul E. Fisher Gateway Building, a building the organization now owns. It was also Newman who led the charge in partnering with the county to create the Tourism Development Authority as the independent public authority it is today.

All of what Newman accomplished in local tourism was done while operating on a limited budget that was about half of what it is today.

“Everybody around us was getting more and Judy recognized that,” said Bill Burgin, who served on the county’s tourism board for several years. “It was like fighting with one hand tied around her back.”

“She really made the best of everything we had and put in hours of her own time outside of work,” said Lesley Pullium, who was Newman’s right hand at the Tourism Development Authority for more than a decade.

The strong tourism base Newman established attracted Meacham to apply for the job when Newman announced her retirement. Meacham met Newman in the late 1990s when he was getting his start in tourism and considered her to be a mentor.

“If she hadn’t done the work, we wouldn’t be having this success today,” Meacham said.

Newman’s acumen and passion for promoting Rowan County earned her leadership positions on a state level. She served terms as president of what was then the North Carolina Association of Convention and Visitors Bureau, a Charlotte-based organization dedicated to making the state a destination for travelers.

“She was so well known and respected in the tourism industry in North Carolina, but also South Carolina and Virginia as well,” Pullium said.

Through her work on the state level, Newman helped tourism entities from across North Carolina be more successful. Lint certainly credits Newman for the role she played in promoting the industry in Randolph County.

“Judy, and several other tourism leaders, worked behind the scenes to help the Randolph County Tourism Authority get off the ground,” Lint said.

Meacham said it was inspiring to see a representative from Rowan County serving on a state organization instead of someone from larger cities such as Raleigh, Asheville or Charlotte.

Newman’s contributions to tourism won’t be forgotten, and neither will her friendship. Hirst still laughs when she thinks back to Newman’s love of Peeps, the marshmallow candy most associated with Easter. They both enjoyed the sugary treat, and would race to find them when they hit shelves for the holidays.

“She and I would try to find the first peep for each holiday and beat each other to them,” Hirst said.

Newman was good at the game.

“I’d come into my office sometimes and she would’ve snuck in there when I wasn’t in there,” Hirst said. “I’d think, darn it, she won this time.”

Even after Newman retired, she stayed involved. Newman was there to provide mentorship to Meacham as he took over as executive director. She was also an active member of St. Luke’s Episcopal Church and volunteered with local nonprofits such as Rowan Helping Ministries.

“On a personal level, she was a genuinely good person,” Pullium said. “She loved her family, church and her community and she was a real asset to all of those.”

Hirst often saw her walking her beloved Jack Russell terriers, Miss T and Spec, around Salisbury, the place she worked so hard to put on the map.

Newman is survived by her husband, Harold “Hank” Newman III, daughter, Travis Elizabeth Brady, her husband, David Spencer Grose, and their daughter, Julia Grier Grose, among many other family members.