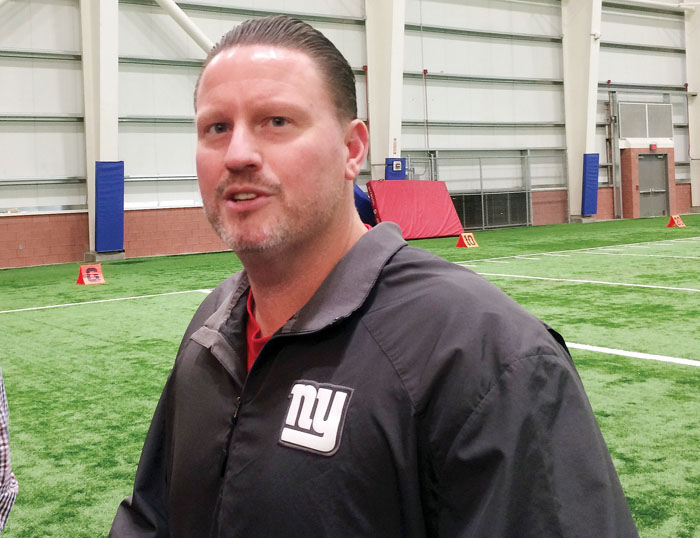 The person spoke to The Associated Press on condition of anonymity Friday because the team is still finalizing the details of the contract.

McAdoo served as a consultant with the Dallas Cowboys this season.

He was Giants head coach in 2016-17, finishing 11-5 in his first season before losing to the Green Bay Packers in the first round of the NFC playoffs. However, he was fired late in his second season after the Giants started 2-10 and he benched quarterback Eli Manning.

The Panthers focused on hiring a coordinator who had some NFL play-calling experience. That’s a different approach than two years ago when Rhule hired Joe Brady from LSU to be the team’s offensive coordinator. Brady was fired midway through his second season in Carolina with the offensive struggling to find an identity.
The 44-year-old McAdoo was Giants offensive coordinator under Tom Coughlin from 2014-15 before being promoted to head coach.

The Panthers want to have a physical presence to their offense, but the focus was primarily on finding a candidate they thought could improve the passing game. They think McAdoo can help with that given his background with the Giants and Green Bay Packers. McAdoo inherited a Giants passing game that ranked 28th in 2013 and elevated the team to seventh in 2014 and eighth in 2015.

But while McAdoo had Manning to work with in New York, he is likely to have less experience at quarterback in Carolina. Sam Darnold and P.J. Walker are under contract for next season, but Cam Newton is an unrestricted free agent and is not expected to be re-signed. The Panthers are expected to target a veteran quarterback in free agency this offseason.

McAdoo is the first assistant Rhule has hired with past NFL head coaching experience. Rhule previously considered McAdoo as the team’s quarterbacks coach, but ultimately hired Sean Ryan instead.