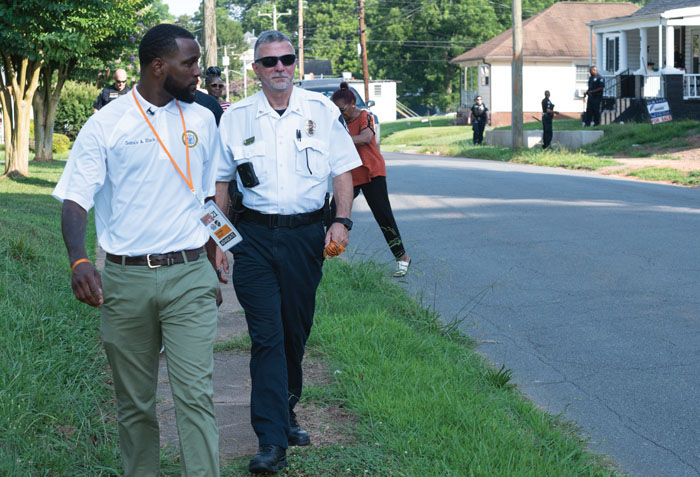 SALISBURY — Salisbury Police and city staff are working to hire a project coordinator and form a committee that will plan for and carry out ideas to reduce crime and enhance quality of life in the West End.

In December, the city received an $800,000 Byrne Justice Innovation Program Grant for the West End Salisbury Transformed Empowered Neighborhood Development project. It’s a three-year award to be granted to the Salisbury Police, Parks and Recreation and the Planning departments to implement community-led initiatives “to build on past efforts to connect our community with services, programs and other resources to interrupt persistent cycles of violence and disorder,” said Salisbury Police Chief Jerry Stokes Tuesday during the City Council meeting.

Since it’s an innovation grant, Stokes noted, the purpose of the grant is to help the community come up with new ideas to prevent crime and enhance recreational and public space development and youth programs in the approximately 1.21-square-mile West End neighborhood.

Mayor Karen Alexander suggested someone from the Rowan-Salisbury Schools system be involved, adding that this will likely need the help of local schools and county leaders.

Additionally, while the department’s community relations officer and organizational development lieutenant will lead the project planning and coordination, the grant requires a project coordinator who must be hired and compensated.

Within the first six months, Stokes said the committee will begin surveying the neighborhood about their perceptions of crime, housing and quality of life issues. The committee will also work to study contributing factors to the high rate of crime in the West End area and identify what resources and ideas can be implemented using the community’s input.

Toward the end of the year, the committee will revise an action plan for the grant and develop both a community violence intervention plan and a sustainability plan so that “this effort is not allowed to dwindle away and issues return to West End.”

“We don’t want to swoop in for three years in the West End and say, ‘OK, we’re done,’ wash our hands and leave,” Stokes said. “We want to have a sustainability plan so that we can continue this long-term to make sure problems don’t come back.”

Stokes said the grant is data-driven and requires periodic data to support what did and didn’t work since it’s an innovation grant. Jessica Herbert of IDEA Analytics will be tasked with assessing and reporting the data of implementation.