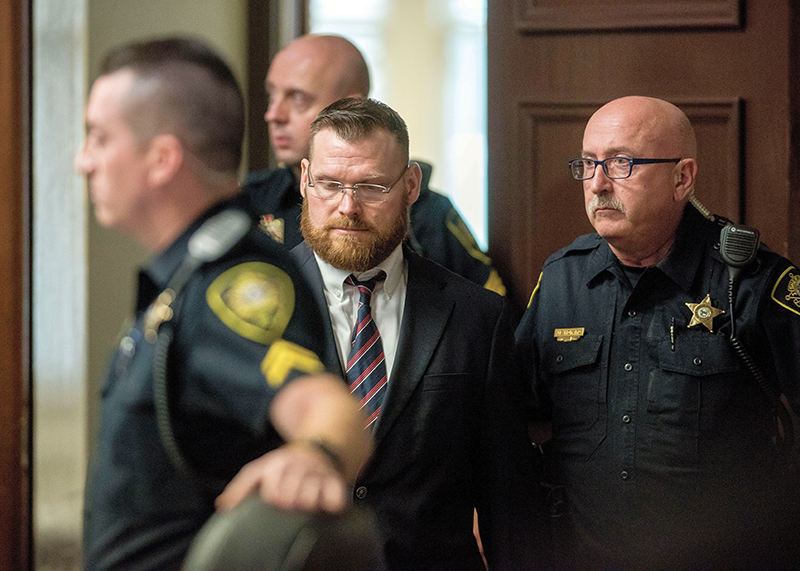 SALISBURY — Sandy Parsons, the adoptive father of Erica Parsons, is now serving a state sentence at Central Prison in Raleigh.

The Federal Bureau of Prisons website shows Sandy was released from its custody on Jan. 14 — the same day he was admitted into Central Prison in Raleigh. The N.C. Department of Public Safety’s website shows Parsons is being held in the regular population at the prison.

The earliest Sandy, 48, is eligible for release from prison is at the age of 82.

The Parsons case, which attracted widespread attention, started after Casey and Sandy Parsons’ biological son, Jamie, reported to the Rowan County Sheriff’s Office he had not seen 13-year-old Erica since December 2011. Court documents and testimony revealed that Casey and her husband Sandy drove to a rural area in Pageland, South Carolina, and buried the girl in a shallow grave after years of abusing Erica.

She was fed dog food, “smelled bad” because her parents didn’t allow her to bathe, may have suffered from an infection and, among other injuries, had numerous broken bones. There was no definitive cause of death.

Prior to the burial, bleach was poured on Erica’s body to disguise the smell. Her body was placed in garbage bags and a plastic tote and the couple waited up to two days after her death before they disposed of her body.

After the burial, the two parents told authorities and the media varying stories about what happened to Erica, including that the girl went to live with her biological mother.

Casey Parsons remains in federal custody at a facility in Tallahassee, Florida. Her release from federal prison is scheduled for Nov. 25, 2023. After that, she’ll serve the rest of her life in state prison for first-degree murder and related charges in Erica’s death.