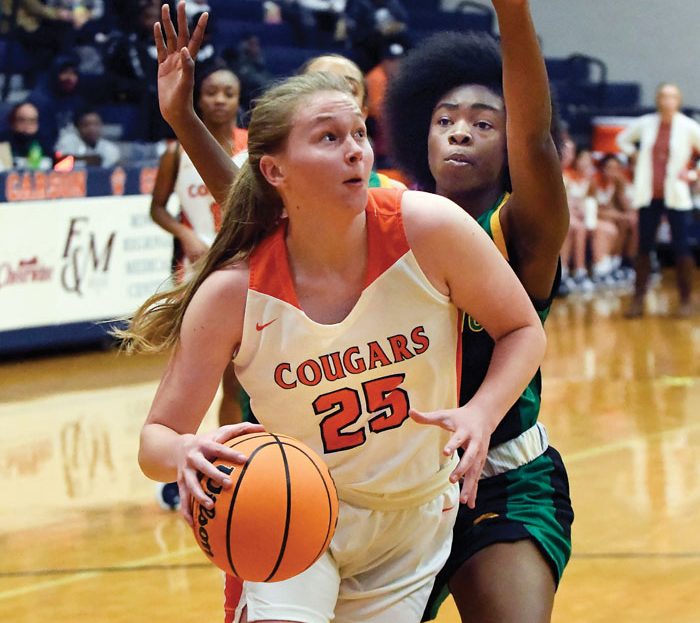 CHINA GROVE — Carson senior Mary Spry needed 16 points for 1,000 for her career, and she had them in the scorebook by halftime.

Spry, a 6-foot Catawba signee, reached the milestone on a three-point play late in the first half on Wednesday.

“She’s put in a ton of work to make herself a really good player,” Carson head coach Brooke Stouder said. “It’s a major accomplishment, a huge milestone for Mary, and I’m glad she was able to do it at home.”

But it wasn’t an ideal start for the Cougars, who led only 9-6 after  shaky first quarter.

“Just missed a ton of free throws and shots around the basket early,” Stouder said.

Carson got rolling in the second quarter and had the game under control by halftime with a 34-13 lead.

“We were able to mix some different defenses effectively,” Stouder said. “After that slow start, we had a really good effort and everyone contributed.”

Aliayah White was all over the place with six points, seven rebounds and four steals.

Carson will play three games in three nights. The Cougars will play at South Rowan tonight and at West Rowan on Friday.