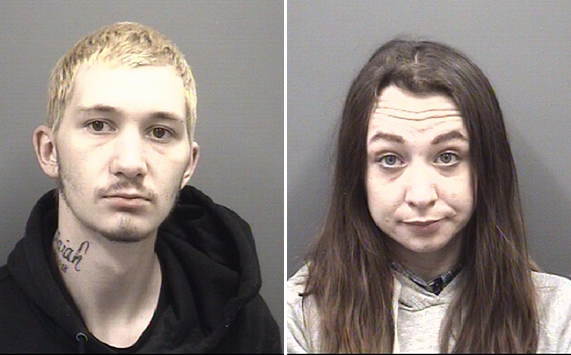 SALISBURY — A local couple was charged with felony child abuse after a Rowan County Sheriff’s Office investigation alleged they caused their infant to overdose.

The Rowan County Sheriff’s Office on Oct. 24 responded to an incident at the home of William Keller, 23, and Brittney Shupe, 24, on Holobough Lane near Faith. A 911 call reported their infant was not breathing and unresponsive. First responders administered CPR and hospital staff administered Narcan, allowing the child to breathe again.

The child was transported to Presbyterian Hospital in Charlotte, recovered and was discharged. The Sheriff’s Office said detectives responded to the initial incident and investigated it. The detectives obtained a warrant and searched the family’s residence, allegedly locating “evidence of narcotics use.”

The Rowan County Sheriff’s Office said the parents denied wrongdoing and claimed the child was playing on the floor before losing consciousness, but detectives determined the child came into contact with amphetamines and overdosed.

The Sheriff’s Office alleges Keller attempted to give investigators a fake name during his arrest, which resulted in a misdemeanor charge of obstructing and delaying officers.

Rowan County Department of Social Services assisted the investigation and arranged care for the child.