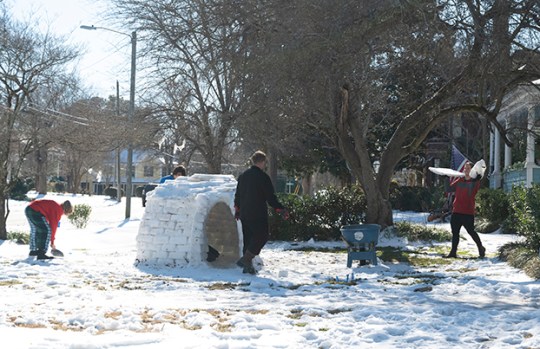 Josh Bergeron / Salisbury Post - McKinley Tickle, right, carries over blocks of ice and slush to put the finishing touches on an igloo building off of Fulton Street. The group of Igloo builders included students and dad Aaron Gilbert, who was taking a break before a work meeting. 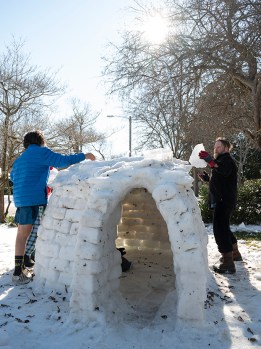 Josh Bergeron / Salisbury Post - Aaron Gilbert, right, lifts a clump of ice and sleet onto the top of an igloo on Fulton Street. 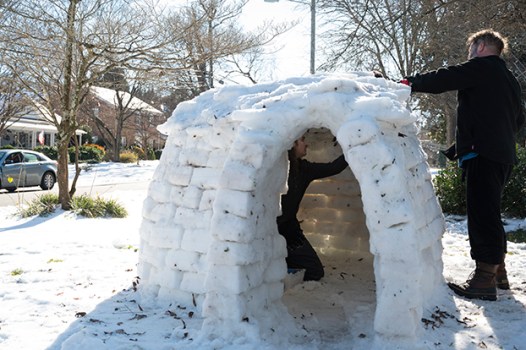 Josh Bergeron / Salisbury Post - Malachi Gilbert, inside the igloo, and Aaron Gilbert, right, put the final touches on a project that started Monday with bricks and later moved to leftover slush and ice chunks. 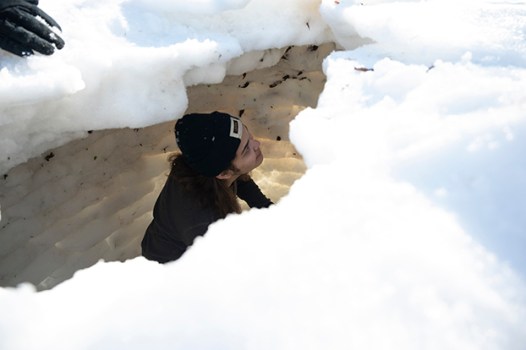 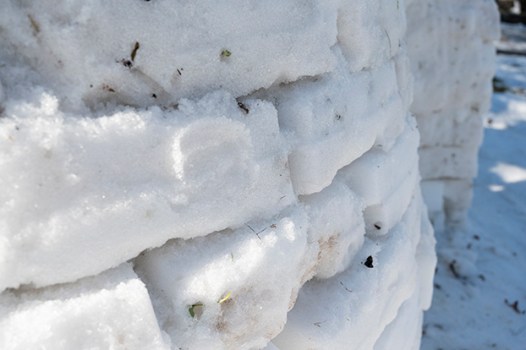 As snow was melting down on Tuesday, an igloo was going up on South Fulton Street in Salisbury.

Malachi Gilbert was inside of a chest-high igloo, putting the finishing touches on the inside. Aaron Gilbert was looking for large chunks of ice to stack on top before a work meeting. Elijah Gilbert, Vivian Gilbert and McKinley Tickle were working on sculpting the structure to survive above-freezing temperatures.

The crew said construction work started Monday with carefully crafted bricks of the congealed winter precipitation on the ground. On Tuesday afternoon, they were looking for remaining icy blocks to finish it.