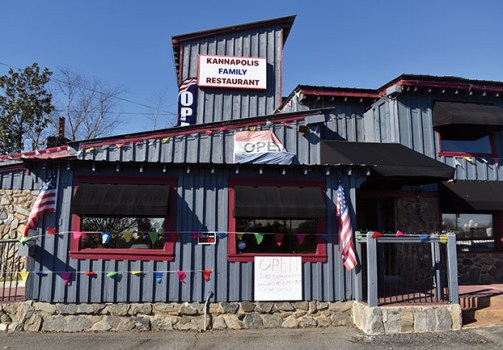 The sprawling structure now home to Kannapolis Family Restaurant was formerly McCabes, a revered local restaurant that was popular among Kannapolis mill workers for many years. Ben Stansell/Salisbury Post 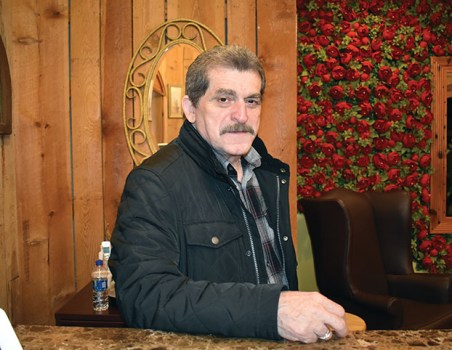 Stanly Tsovolos was foced to temporarily close Kannapolis Family Restaurant when he was hospitalized with COVID-19 in the summer. He's reopened the restaurant and is aiming for it to become a community staple. Ben Stansell/Salisbury Post 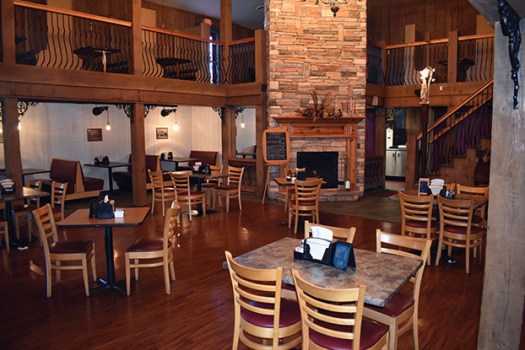 The cozy yet spacious interior of Kannapolis Family Restaurant will likely prompt some patrons to reminesce on the days when it was McCabes. The new owner is hoping to once again make the restaurant a fan favorite. Ben Stansell/Salisbury Post

KANNAPOLIS — Riding to the hospital in the back of ambulance, Stanly Tsovolos feared for his life.

Days after testing positive for COVID-19 in mid-July, Tsovolos’ health declined rapidly. His emergency visit to the hospital turned into a one-month stay as doctors worked to improve his oxygen levels. Once he was finally discharged, Tsovolos spent the next five months recuperating at home.

The distressing medical experience was made worse by the fact that Tsovolos became sick just a few months after opening Kannapolis Family Restaurant at 316 Brookdale St. in the building known to many in the area as the former home of McCabes.

McCabes was a popular Kannapolis dining destination for decades, drawing in mill workers for meals and celebrations. Along with its cozy interior, McCabes was known for having a salad bar placed in a hollowed-out grand piano. Former Kannapolis Councilman Roger Haas hosted his wedding reception at McCabes and remembers it as a gathering place for the community with excellent food. The quirky salad bar was always a favorite, but the baklava was what kept him coming back.

The restaurant suffered when Pillowtex Corp. shut down in 2003 and eventually closed its doors. Several restaurateurs attempted to bring new life to the building in the years since, but nothing stuck.

The building, with its large McCabes sign still standing proudly in the parking lot, was vacant when Tsovolos drove through Kannapolis about a year ago. He was immediately struck by the unique architectural design of the sprawling structure.

“This building is a completely different style than the new buildings now,” Tsovolos said. “It got my attention.”

Tsovolos grew up in the restaurant business in his home country of Greece and relied on that expertise to forge a similar career when he moved to the United States in 1989. He settled down in Fort Myers, Florida, where he and his brother opened several restaurants.

Tsovolos visited Kannapolis about a month after he drove through and saw the former McCabes building. Attracted to the quietness of the town, he liked the area enough to make a move. Not long after, he opened Kannapolis Family Restaurant in May. While dealing with a reduced staff, Tsovolos worked to establish a customer base. That effort was suddenly cut short when he was hospitalized and forced to close the restaurant with little notice.

“I feel so bad because I didn’t have a choice,” Tsovolos said.

Thinking back over his three decades in the food business, Tsovolos said it’s never been more difficult to run a restaurant as it is now. The recession in the late 2000s might be the closest comparison. He’s currently operating with about a half dozen employees and is hiring for more than a dozen positions. Despite those challenges, many of which are shared by restaurants across the country, Tsovolos said he still enjoys being an owner.

“It’s a pleasure to serve people and make them happy,” Tsovolos said.

Kannapolis Family Restaurant is currently offering a dinner menu with a variety of entrees like steak, pork chops, salads and pastas. If he’s able to hire more employees, Tsovolos envisions expanding to three meals and would like to add alcohol as well. McCabes wasn’t just an eatery in its heyday, but also a place for wedding receptions and large dinner celebrations.

Tsovolos hopes to eventually utilize the building’s spacious interior to host gatherings and events. The multi-story structure, which has several separated dining areas, can host about 270 guests, Tsovolos said.

“There’s so much more I want to do in this place and this area,” Tsovolos said. “I want to show a lot of appreciation to my customers.”

More information about Kannapolis Family Restaurant can be found online at kannapolisfamilyrestaurant.godaddysites.com.