Retired colonel speaks of his time in Kosovo 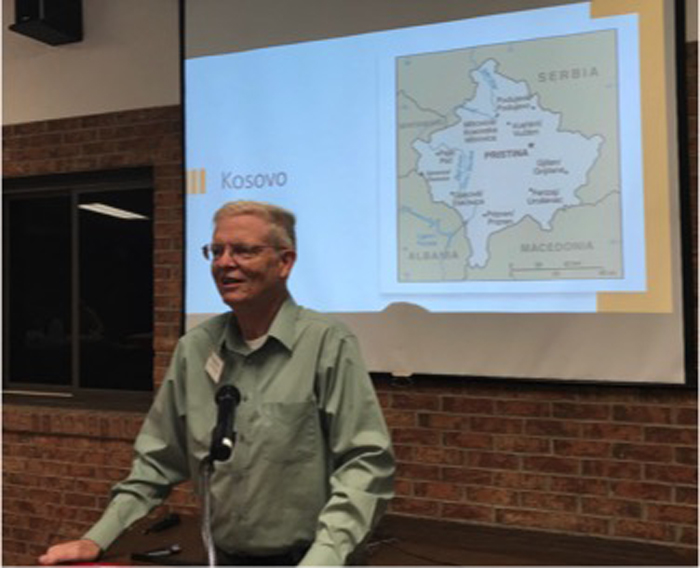 He spoke of his service in Kosovo in 2003 while serving as the deputy commander of Multi-National Brigade East (MNBE), the United States component of the NATO Kosovo Force.

The brigade was primarily composed of units from the Pennsylvania Army National Guard, as well as regular army units from Greece, Poland and Ukraine.

Their mission was to deter hostilities, provide a safe and secure environment, and cooperate with the international community to develop responsible civil authorities.

Scott discussed some of the unique challenges of this assignment, particularly the need to function more as a diplomat than a soldier when routinely interacting with United Nations, non-governmental entities and Kosovo civil authorities.

He also relayed some interesting anecdotes about his time there, such as the time someone tried to smuggle a cow in the trunk of a car.

MOAA is the nation’s largest and most influential association of military officers. It is an independent, nonprofit, politically nonpartisan organization.  With more than 350,000 members from every branch of service — including active duty, National Guard, Reserve, retired, former officers and their families.

The local chapter, The Central Carolina Chapter, meets the second Monday of every other month.  (January, March, May, July, September and November) at noon at the Rufty-Holmes Senior Center.  All eligible active duty, former, or retired officers are invited to attend.