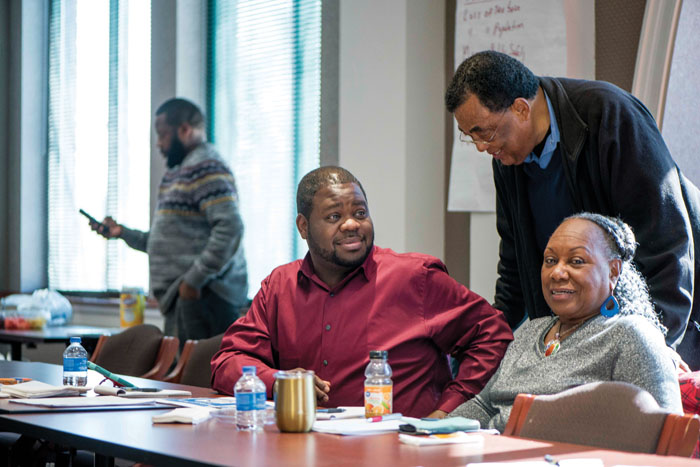 Hillian was well-known in East Spencer for his service on the town’s board and for championing “the 28039,” a reference to the town’s zip code. He was re-elected to a second term in November after edging out a win for the third and final seat by just one vote ahead of Albert Smith, an incumbent at the time who was also seeking re-election.

Noble & Kelsey Funeral Home, where Hillian worked part-time, posted to its website Saturday Hillian’s birth and death on a tribute wall where members of the public can share their thoughts. East Spencer Mayor Barbara Mallett said the funeral home will take care of his arrangements. The cause of his death on Saturday wasn’t immediately clear.

Mallett said Hillian’s death came as a shock because town board members were last gathered together Wednesday to film a video tribute for the Dr. Martin Luther King Jr. holiday.

“It’s deeply hurtful in the town of East Spencer,” Mallett said. “He enjoyed being an alderman. It showed in the activities he planned and worked with. He loved the 28039.”

Hillian also worked in the city of Salisbury’s Parks and Recreation Department and was involved with the International Sports Academy. Mayor Pro Tem Shawn Rush told the Post Hillian was known for championing “the great 28039,” as he’d often say, becoming synonymous with the town’s annual events like Community Day and the Southern Soul Music Festival.

“We definitely lost a superstar in East Spencer,” Rush said.

Hillian was a graduate of Salisbury High School and received a bachelor’s degree in business administration from Shaw University and a master’s in management from Strayer University.

From 1985 to 1995, Hillian was part of the East Spencer Anti-Drugs Step Team and received the BET Award for Top 10 Teens Around America in 1993.

Hillian, like Mallett, is a member of the Southern City Tabernacle AME Zion Church.

On a Facebook post from Mallett about the news, Rowan County Commissioners Chairman Greg Edds said, “So sorry. Tony was a good guy. He will be greatly missed.”

City Council member Anthony Smith posted to Facebook that he could hear Hillian shouting “the 2-8-0-3-9.”

“All around good-hearted brother with contagious joy,” Smith said.

“Alderman Tony J. Hillian was the epitome of a servant-leader, which was exhibited through his love and passion for people throughout our community,” said Rowan-Salisbury Schools Board of Education member Alisha Byrd-Clark on Facebook. “Mr. 28039, you understood and fulfilled your assignment! Rest well. You will be greatly missed.”