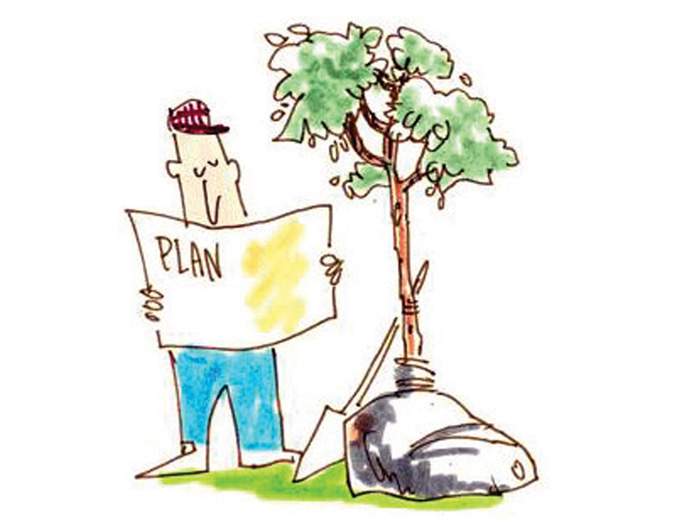 A homeowner came to see me one day years ago questioning why his forsythias had died a few months after planting. My first comment was, “You have to try really hard to kill forsythias.” In less than a minute, I quickly determined he had planted the shrubs too deeply. These dead plants were planted at least three inches too deep. Planting trees or shrubs as little as one inch too deep spells problems later.

Rowan County has over 20 different soil types; most consisting of heavy clays. Obviously, these types are very poorly drained. Poorly drained soils prevent needed oxygenation to the roots causing growth decline, decay and eventual death. Planting shrubs deeper than the original soil level spells eventual disaster. Most die quickly while others often take years to decline and eventually die. Once in decline, most of the plants never recover.

Adding soil amendments such as PermaTil encourages drainage and increase oxygen supply. However, adding peat moss increases the risk of water saturation and should never be used as an amendment in clay-type soils. Dig the hole wider than the root ball and blend ground bark soil conditioner, PermaTil and native soil as the backfill. Make sure the soil is firm and plant the shrubs with the top of the plant’s soil level with the soil line. Water thoroughly adding no more than 4 inches of mulch. Go to https://onslow.ces.ncsu.edu/2017/03/planting-trees-and-shrubs-correctly/ for more detailed information on planting trees and shrubs.