With new name, restaurant continues to work toward opening in former K&W building 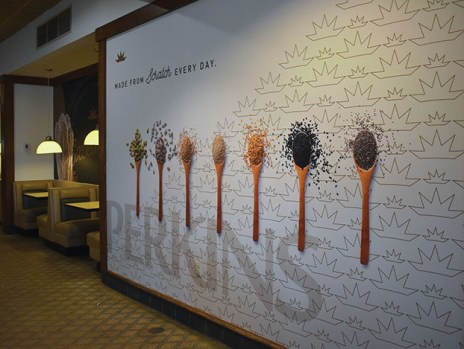 The restaurant will be called Laurene's Cafeteria, but because it is owned by Perkins Management Services, some of the Perkins branding may remain. Ben Stansell/Salisbury Post 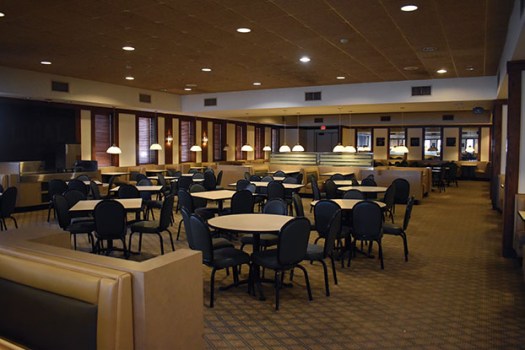 The building has a capacity of 268, which makes it ideal for a cafeteria-style restaurant like Laurene's. Ben Stansell/Salisbury Post 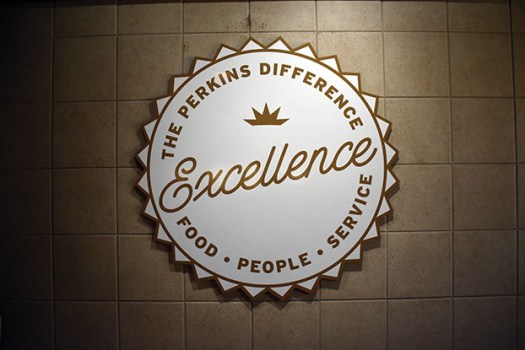 SALISBURY — The highly anticipated restaurant planned for the former K&W Cafeteria building at West End Plaza is preparing to open.

But it’ll have a different name.

Perkins Management Services, a contract food services company based in Washington, D.C., signed a lease agreement with Rowan County for the building starting in December 2020. The company intended to open a restaurant called Perkins Cafeteria in the summer of 2021.

Nicholas Perkins, CEO, president and chairman of Perkins Management Services, said the goal was to establish an eatery that served a similar customer-base as K&W Cafeteria. Like K&W, he said, Perkins would offer Southern food staples at an affordable price.

Despite the restaurant’s opening having been delayed for months by a number of factors, that’s still the goal.

“We appreciate the community being patient with us,” said Barry McCauley Jr., executive vice president of Perkins Management Services. “We are excited to open and we’re looking forward to serving.”

One reason for the holdup was that Perkins had to make an unanticipated name change. To avoid infringing on the trademark of a similarly named restaurant chain found mostly in the Midwest, the restaurant coming to Salisbury will now be called Laurene’s Cafeteria. The new name comes from Nicholas Perkins’ grandmother, who instilled in him a love of cooking at an early age.

“That has been his inspiration behind combining his love for food and business,” McCauley said.

The name is shared by a restaurant in Charlotte, also owned by Perkins Management Services. However, the Salisbury and Charlotte locations will differ slightly in the fare they serve.

“The menu will be a little different because the one in Charlotte is an authentic Southern cuisine with a Southern-Creole flair,” McCauley said. “This one is going to be more of that down home, Southern cafeteria style.”

In May, Perkins described the forthcoming menu as being “upscale” and offering a variety of scratch-made entrees, desserts and breads.

A name change wasn’t the only factor that has hindered the restaurant’s opening. A boiler room break-in that resulted in damages held things up, as did widespread supply chain delays that have hampered businesses across the country. McCauley said they are still awaiting kitchen equipment. There was an especially long wait time for fryers, which are critical to preparing the types of food the restaurant will have on its menu.

“Supply issues have been a nightmare,” McCauley said.

Through it all, McCauley said Rowan County has been a patient and supportive partner.

In the meantime, Perkins Management Services has refreshed the interior of the building, removing mold from the walls and putting up fresh wallpaper in its place. New graphics and signs have been posted on the walls. The restaurant will be called Laurene’s Cafeteria, but some of the visuals bearing the Perkins name and logo will likely remain in the building.

McCauley said he expects to have a soft opening at Laurene’s Cafeteria around Valentine’s Day on Feb. 14. The restaurant will soon begin hiring and training employees to fill about 25 positions. The plan is still to partner with Livingstone College’s hospitality program to bring in students to give them hands-on experience in a restaurant setting.

Laurene’s Cafeteria will open before noon and close around 7 or 8 p.m. If a demand emerges for breakfast, McCauley said the restaurant will be willing to serve that as well.

“We’re looking to be a staple in the community,” McCauley said.