Quotes of the week: ‘Firefighting was in his blood’ 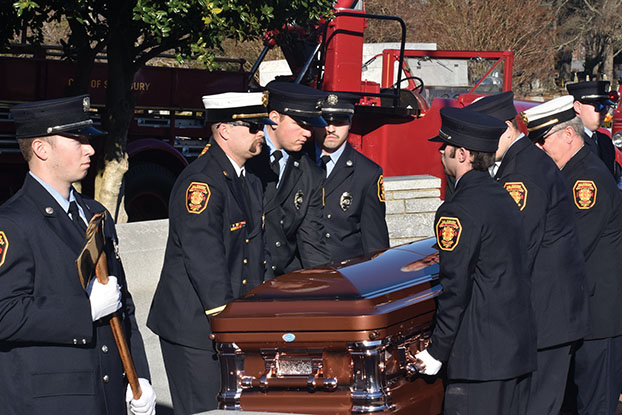 “Firefighting was in his blood and he was proud of the fire department.”

— Bob Parnell, chief of the Salisbury Fire Department speaking of Marvin Yost who was part of the department from 1947 to 1984

“My art is directly related to my experiences I’ve encountered as a paramedic over the years. I did reach a point, this is going on five years now, where I experienced depression, I experienced anxiety and I see a correlation.”

“We had the space next door to expand, but what’s the right way to expand? Looking at it we said, ‘Well, why don’t we do cider?’ ”

— Kyle Lingafelt, who has opened Tipsy Hare Ciderworks with Stefan Perrine connected to the duo’s corner brewery in downtown Kannapolis

“My mother said she was going to keep having children until she got one that was normal. I’m the last of seven.”

— Gynn Eller, who was born just minutes after twin sister Lynn Eller Masingo but whose birthday is a
different year because it was right after midnight

“Anything we can do to generate more tourist traffic into our town is good for all of us.”

— David Marshall, of Morgan Ridge Railwalk Brewery on a social district that would allow consumers to carry alcohol in cups outside of the place of purchase

“It’s sort of a scary time. We were trying to avoid this large cascade of cases at once and unfortunately that’s what we’re seeing.”

“We knew no matter which side won, it was going to get an appeal to the North Carolina Supreme Court. Everybody wants to get it done yesterday, but it’s a process.”

“You want them to love school and for a lot of them this is their first experience in school. You want to make sure it’s a good experience and they want to be lifelong learners.”