High school basketball: Vikings too much for Carson boys 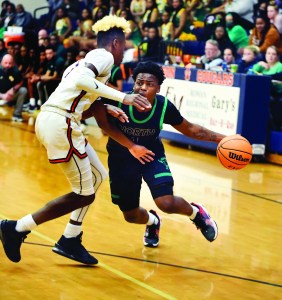 The Vikings (16-0, 6-0) haven’t been seriously challenged so far in the South Piedmont Conference They are ranked No. 1 by MaxPreps in 3A West as they prepare for potential playoff battles with teams such as West Charlotte, Enka and Hickory.

Central played without standout Jaiden Thompson on Friday, but still rolled 87-39 against Carson.

Central got 22 points from Adriel Miller and 20 from Chase Daniel. As is often the case, all the Vikings scored.

Carson was down 31-10 after those first eight minutes and trailed by 52-22 at halftime.

Carson has a big week coming up with a road game at South Rowan Tuesday and a home game against East Rowan on Wednesday. Carson is scheduled to play at West Rowan next Friday.