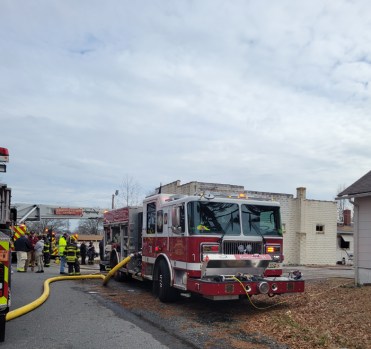 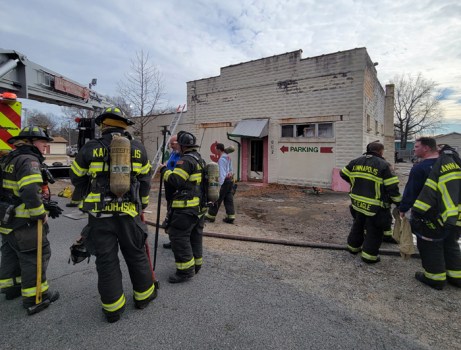 Kannapolis firefighters were able to pull the victim from the abandoned building but he was pronounced dead at the scene. Submitted photo

KANNAPOLIS — A fire claimed the life of a man in Kannapolis this afternoon.

Firefighters responded to an abandoned commercial building, which had formerly been a discount grocery store, at 802 Sumner Avenue, after multiple calls came into 911 reporting a fire. The location is just off South Cannon Boulevard not far from the intersection with Dale Earnhardt Boulevard.

As firefighters worked to extinguish the fire they found an unresponsive male, Christopher Casey, 41, inside. He was rescued from the building but CPR attempts failed and he was pronounced dead at the scene.