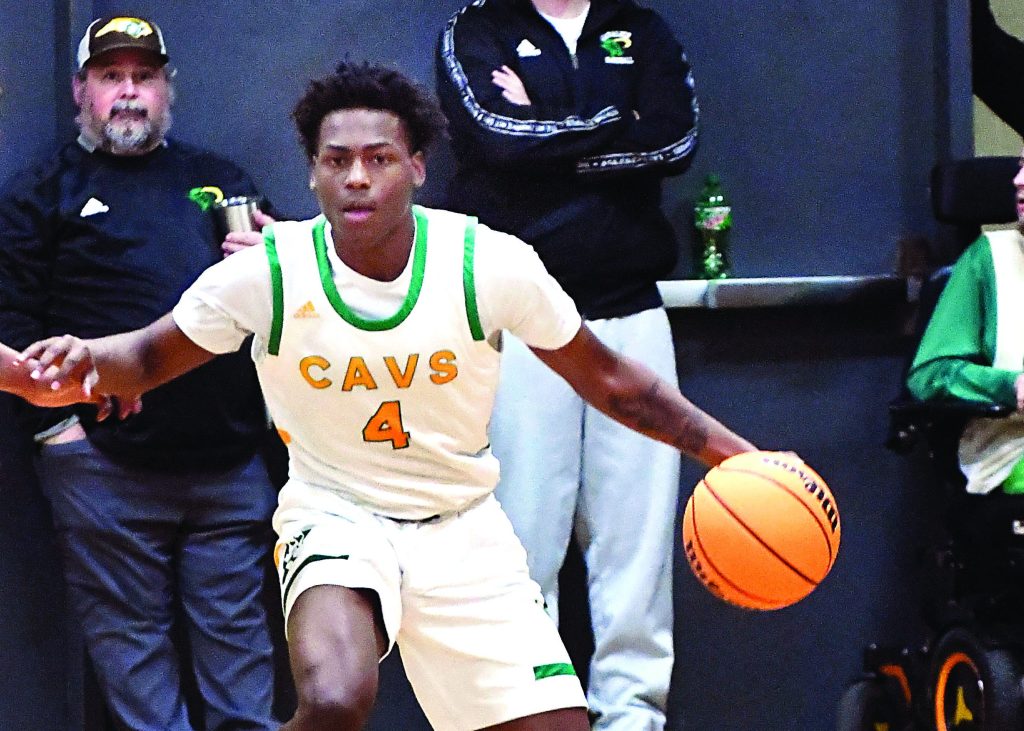 Quashawn Carpenter hit the game-winner for the Cavaliers on Thursday night. File photo by Wayne Hinshaw, for the Salisbury Post

SPENCER — Quashawn Carpenter hit a buzzer-beater to lift North Rowan’s boys basketball team to a 54-52 win against Community School of Davidson on Thursday in the North gym.

The CSOD Spartans (6-6) were a late replacement on the schedule for South Stanly.

Seth Johnson, a junior point guard who averages 19 points, kept the visitors in the game with a 31-point effort that included four 3-pointers.

CSOD got up 15-10 after a quarter in the non-conference matchup. North battled back to 27-all at halftime.

The Cavaliers took a one-point lead to the fourth quarter, but then encountered a cold spell.

North (11-1) trailed by eight points at 47-39 with four minutes left, but Derrick Hanson and Carpenter led a comeback.

Carpenter made a 3-pointer to give North a 52-50 lead. After the visitors tied it, Carpenter answered with his game-winning bucket.

Carpenter scored nine of his 13 points in the fourth quarter. Amir Alexander scored 12, all from the 3-point line. Hanson added 11.

Those three have been North’s leading scorers this season.

Ranked eighth in 1A West by MaxPreps, North has won six straight games and is scheduled to play at Salisbury on Saturday afternoon at 1:30 p.m., following jayvee boys and varsity girls games.

SPENCER — North Rowan’s girls had a much easier time of it on Thursday. They blasted Community School of Davidson 68-30.

“Even with the late schedule change, the girls were ready to play,” North head coach Anthia Smith said. “This team wants to compete. We played some great team basketball and made big-time shots.”

Hannah Wilkerson had 22 points, 13 rebounds, four assists and three steals for the Cavaliers (11-3).

Community School of Davidson, which came into the game ranked 15th in 2A West by MaxPreps, fell to 8-4.

North is ranked eighth in 1A West and plays at Salisbury at noon on Saturday. Both teams are undefeated in the Central Carolina Conference.