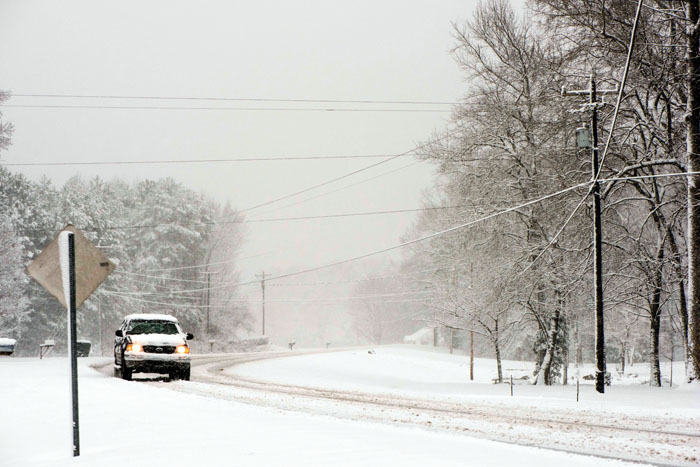 SALISBURY — Weather forecasters are urging residents to prepare for potential power outages and avoid travel during a major winter system expected to affect the area this weekend.

A winter storm watch has been issued for parts of the Piedmont, western North Carolina and parts of South Carolina in anticipation of a storm expected to deliver multiple inches of snow and/or sleet in the Salisbury area. The current forecast projects a mix of rain and snow Saturday night that will transition to snow into the early hours of Sunday. Later Sunday, a mix of snow, freezing rain and sleet is projected.

Steve Monday of Rowan County Weather told the Post the “mixed bag of precipitation,” including rain, freezing rain, sleet and snow, will create “treacherous” driving conditions on Sunday. The kind of precipitation will vary based on the movement of the storm system, with a move further south creating more opportunity for snow, he added.

On Thursday, Jeffrey Taylor, a meteorologist with the National Weather Service’s Greenville-Spartanburg forecast office, said the storm will impact the North Carolina mountains first as it moves east, with up to about 0.15 inches of ice predicted for the Rowan County area. Taylor said it’s hard to know how long roads may remain icy because colder temperatures will persist until at least the middle of the week.

“Keep an eye on the forecast and see how things evolve,” Taylor said.

Monday and Taylor say residents should keep a close eye on the system as it develops and plan ahead for power outages. The weight of ice and snow as well as the “fairly gusty winds,” Taylor said, can lead to downed trees and limbs. They both recommend avoiding travel on Sunday unless it’s absolutely necessary.

There is “still a lot to happen over next 48 hours,” Monday said.

“The bottom line in these situations is you shouldn’t travel unless you really need to,” Taylor said.

Monday said on Sunday, there’s a possibility of warmer air penetrating the storm, which can affect the type of precipitation. If shallow enough, the precipitation may turn to sleet. Or it may be rain that turns into ice on impact.

Taylor and Monday said 2017 and/or 2018 was last time the area saw a storm like what’s projected this weekend.