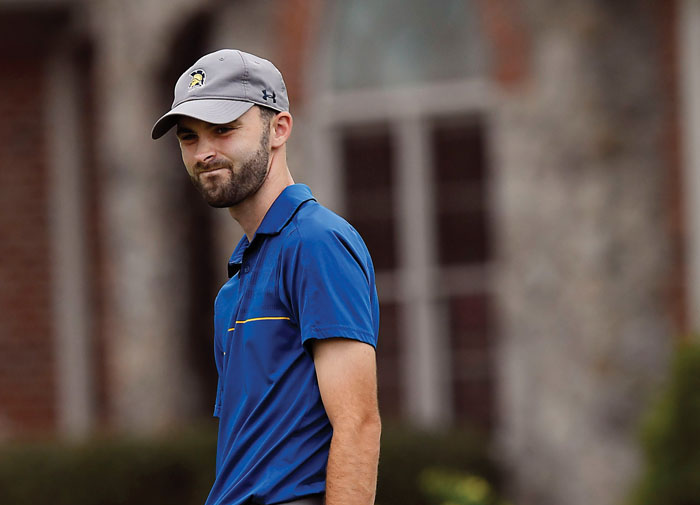 Nick Lyerly was crowned as the 43rd annual Horace Billings Rowan Amateur champion at Corbin Hills on Sunday. It was his fifth time winning the event. Photo by Wayne Hinshaw, for the Salisbury Post

Lyerly (East Rowan) is ranked 47th in World Amateur Golf Rankings that were released on Monday.

The rankings are based on points accumulated over the previous 104 weeks.

Lyerly’s position was boosted by his tie for third at 11-under in the recent 54-hole Patriot All-America Invitational in Arizona.

Lyerly won the Wolfpack Intercollegiate and the Grandover Collegiate (he played three rounds without a bogey) to close the fall season at UNC Greensboro.

Also during 2021, Lyerly was second in the North Carolina Amateur, tied for fourth in the Dogwood Invitational and qualified for the U.S. Amateur.

While they don’t affect his point totals for world rankings, Lyerly has won the last three Rowan Masters and the last four Rowan Amateur tournaments.