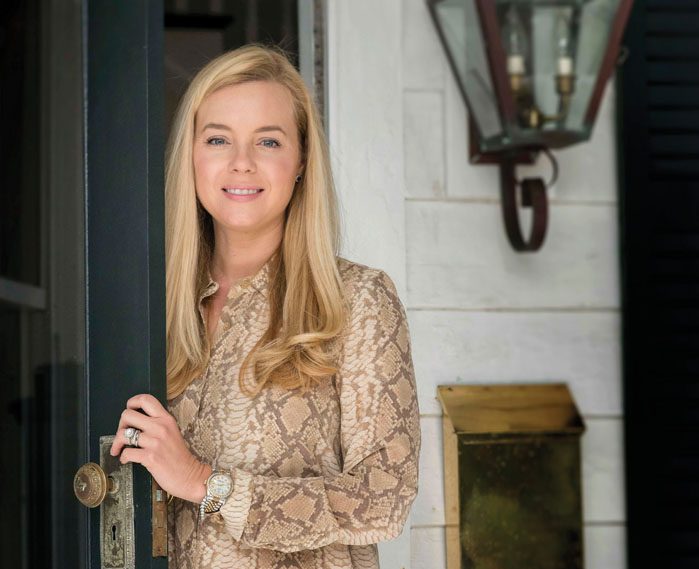 JON C. LAKEY / SALISBURY THE MAGAZINE One of Kristy Woodson Harvey's novels is being adapted for TV by NBC.

SALISBURY – Salisbury native and novelist Kristy Woodson Harvey’s fictional Georgia town of Peachtree Bluff may soon find its way to a screen near you.

The author’s novel series is in development for a TV adaptation with NBC. The series was optioned in 2020 and finally sold to NBC in May. Harvey said the show’s pilot is almost finished. The next step is a pilot season, and she’s hoping it gets picked up.

Harvey said her agent with Creative Artists Agency looks for opportunities to sell each of her novels on release. She has had projects optioned before, but nothing has made it this far.

Harvey said a producer in Los Angeles sent a cold email to Simon and Schuster, her publisher, looking for a series about Southern families with strong female characters and a broad appeal. The publisher sent the producer Harvey’s series and the two had a connection she did not expect

“She contacted me, and she grew up in New Bern, North Carolina, which is like 30 minutes up the road from Beaufort where I live right now,” Harvey said.

Harvey said writing books is what she loves, but getting a project to this point is exciting and a big step for her.

“At the end of the day I’m ways thinking about ‘How does it help the books?’ ” Harvey said.

Harvey is writing and co-executive producing the show along with another writer and show runner. She said the process is different. While writing a novel is an individual pursuit, working on a show is a collaborative process with input from different people at every step. She went in knowing it would be different, but the people she is working with have helped.

“The people working on this project are so passionate about Peachtree Bluff and just have the most beautiful vision for this series,” Harvey said. “They have been very committed to making sure the way the books get adapted is true to the story and is true to the novels. So when people who are fans of the series turn on the TV and they watch the show they’ll know they’re in Peachtree Bluff, they’ll know these women that they’ve come to know over these four books. So, I’ve been so lucky because I’ve had the best partners in this project.”

The series centers on Ansley Murphey and her three adult daughters who return to the ocean town of Peachtree Bluff in Georgia to escape their personal problems.