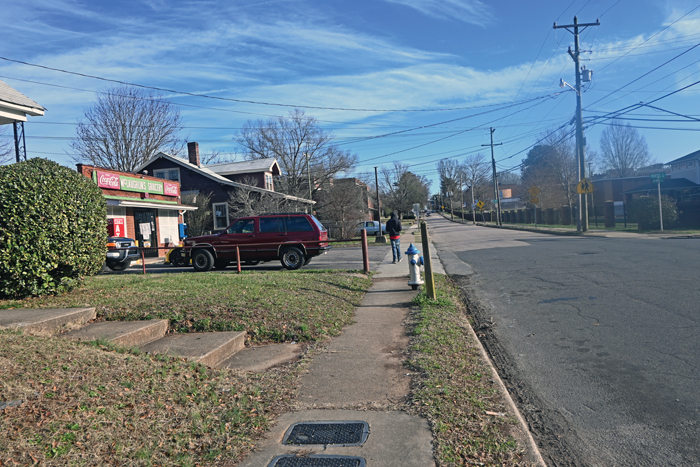 Natalie Anderson/Salisbury Post — The city has received an $800,000 grant from the U.S. Department of Justice for crime prevention, recreational and public space development and youth programs in the West End neighborhood.

SALISBURY — Leaders in the West End community say an $800,000 grant from the U.S. Department of Justice will help people who live there feel safe and secure while providing more opportunities for youth.

Titled the West End Salisbury Transformed Empowered Neighborhood Development, the project is funded by the Byrne Justice Innovation Program Grant. The city announced this week that the Salisbury Police, Parks and Recreation and the Planning departments will receive the grant to implement community-led initiatives that will prevent crime and implement recreational and public space development and youth programs in the approximate 1.21-square-mile West End neighborhood.

Salisbury Police Chief Jerry Stokes is expected to present more information about how the grant will be used at a future meeting. For the moment, plans include developing a community group to lead community-based responses, conduct a neighborhood study, enhance recreational spaces at Hall Gym and the Miller Center, develop a community violence intervention team and restore vacant lots and structures where possible.

Roy Dennis, pastor of Gethsemane Baptist Church and chair of the Police Chief’s Advisory Council, said the ability to clean up and restore some of the community will encourage residents to share their feedback. In particular, improving youth centers would draw young people to spend their time in ways that are productive. 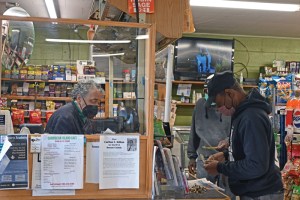 Dennis said there will be an emphasis for plans to be collaborative and discussed with the public’s input. The grant must be used within a three-year period, and he anticipates first steps will include hiring a project coordinator who will guide and organize efforts, followed by surveys and ample opportunity to solicit public input on what West End residents want to see in their community.

“When it’s our idea, we’re going to work harder toward it,” Dennis said. “We need to hear strongly from the people.”

He added that projects must also be sustainable and viable, and emphasized the need to keep the community updated on the progress of such projects.

City Council member Harry McLaughlin Jr., who also owns McLaughlin’s Grocery in the West End, told the Post shortly after his election in November he began speaking with parents in the neighborhood about what they’d like to see. Their answers included projects such as constructing a swimming pool and enhancing the recreation centers. Currently, there aren’t programs in place for children to get involved in the community; bringing them to other recreational opportunities, such as the YMCA, can be a challenge for parents, he said.

McLaughlin said residents have indicated they’re excited about the possibilities and the promise of change to make it a place “where people want to live.” He said the West End decades go thrived and was filled with doctors and lawyers and those in the middle- to upper-middle class, but that status has eroded over time. And though a lot of people want to stay, McLaughlin said they tell him they’re often deterred because of the violence.

Deedee Wright, a resident of the West End and member of the Police Chief’s Advisory Council, said “the laundry list” of needs is long, but first, the city needs to hear from a variety of stakeholders and members of the community. Wright said among the needs are more lights and cameras implemented throughout the West End, especially since Salisbury Police is challenged with a shortage of officers who can patrol the area. Additionally, Wright said there’s a need for more traffic enforcement to prevent frequent accidents that occur, along with more technology at the recreational centers for young people. She added, however, that what children are accessing on the computers should be monitored.

Wright said while $800,000 is a great amount, it also isn’t enough to meet all of the needs, so combining funds with the city’s American Rescue Plan funding may be a solution. The city still has about $6 million in ARP funding after implementing one-time pay bonuses and vaccine incentives for city employees in September.

“I think there’s lot that can be done with that money, but most importantly, there has to be a buy-in with residents of the community,” Wright said. “If we can get enough stock in the soup and hear what people’s concerns are, I think we can better be able to use this grant to the fullest.”

McLaughlin also sees such projects as an opportunity to connect the community with the city. He added he’s excited to serve as a liaison for the West End community and anticipates members of the community will be eager to share their input.

“Even before the grant, people wanted something to do,” McLaughlin said. “People were already excited about the idea of someone asking them what they want.”

Wright said she’s hoping the grant “will be a beginning of something great for the West End.”