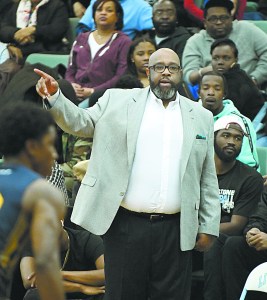 Livingstone used its depth — 10 Blue Bears scored — and shot a respectable 43.6 percent from the field.

Cameron Carpenter led a balanced offense with 15 points for the Blue Bears. Deshone Hicks scored 14, while Malik Smith had 12.

Navar Elmore was held to nine points, but had team highs of 11 rebounds and four blocks.

Livingstone is scheduled to play at home at 4 p.m. on Saturday against Virginia State.

Livingstone’s women were unable to play on Thursday.

All fans must provide a COVID-19 vaccination card or proof of a negative test result within 72 hours in order to attend basketball games.  Once admitted, fans must properly wear their mask.

Those who refuse to wear their mask will be asked to leave the facility.  The polices are designed to help protect student-athletes, fans, coaches and staff.