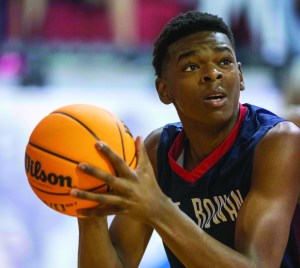 East played well early, but was still down 26-14 after a quarter.

“Good first quarter, but after that, it got away from us,” East coach Andrew Porter said.

Concord is 10-2 and 2-1 and leads at Carson in a game that is still to be completed.

“Gabe Pozyck played well and shot well,” South head coach Daniel Blevins said. “We just turned it over too much. We couldn’t adjust to their speed.”

• Jade Clowney scored 23 to lead West Cabarrus’ girls to a 63-39 win against A.L. Brown in the Greater Metro Conference.