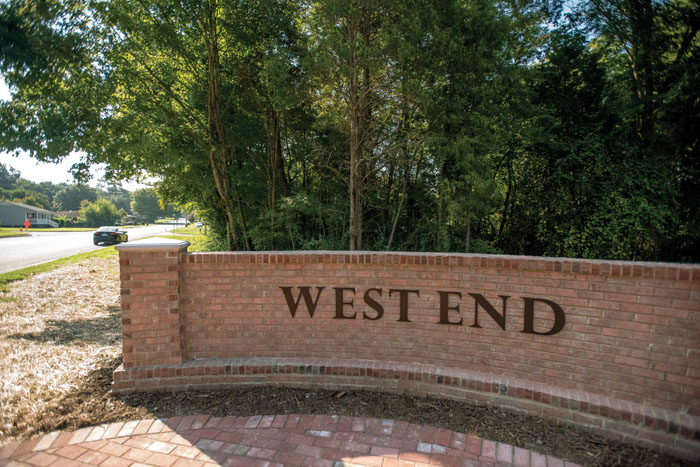 The sign leading into the West End community of Salisbury was completed in August 2018. Jon C. Lakey/Salisbury Post

The Salisbury Police, Parks and Recreation and Planning departments, will receive $800,000 from the U.S. Department of Justice for crime prevention, recreational and public space development and youth programs in the West End neighborhood.

Titled the West End Salisbury Transformed Empowered Neighborhood Development, the project is funded by the Byrne Justice Innovation Program Grant. The project seeks to use community-led initiatives to help revitalize the 1.21-square-mile neighborhood and address its crime concerns. A majority of the programs will be data-driven and their results reported to the DOJ, a news release said.

• Appoint a project coordinator to guide and organize activities

In a news release about the grant, the city of Salisbury said the West End is considered a “persistent-poverty area,” with half of the community reporting 36% and the other half reporting 23% living in poverty. The neighborhood has been long-plagued by economic, criminal and housing standard challenges, a news release said.

“We are relieved that we are able to secure this grant as an extension of the work we started with DOJ under the National Public Safety Partnership and, as the grant states, it is intended to apply innovative efforts or principles never before used to reduce crime in this area,” said Police Chief Jerry Stokes. “In the past, the efforts to address crime in the West End was a law enforcement-focused effort. Now, partnering with parks and recreation and community planning, this grant will provide guidance from DOJ to find means we haven’t tried before to reduce crime through partnerships while building the neighborhoods in the West End.”

Roy Dennis, pastor of Gethsemane Baptist Church and a member of the Chief’s Advisory Council, said the grant will provide a collaborative “all-hands approach.”

“These resources will provide an uplift to a community where social problems like poverty and a lack of opportunity have preceded to tragic circumstances in which systemic violence can easily take root,” Dennis said. “We are excited that the community opportunity has been recognized and the resources made available to support the West End Community.”

Funds are expected to be distributed by the DOJ in a few months. Programming will begin shortly thereafter.