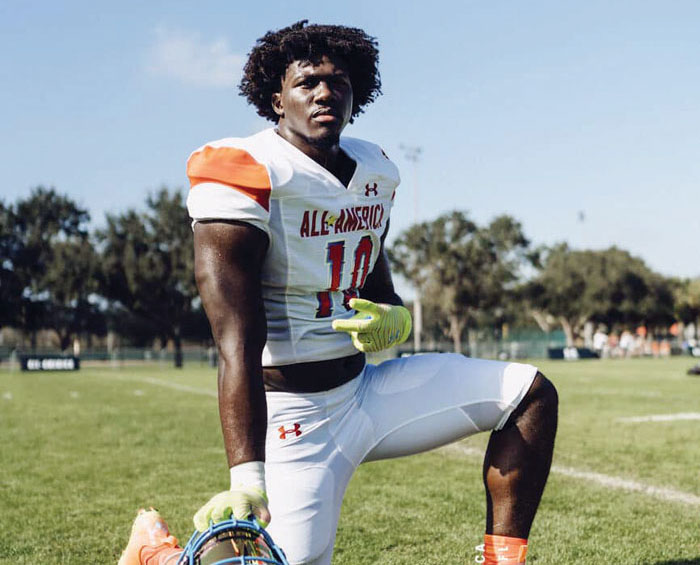 ORLANDO — It’s an unusual day when Salisbury High graduate Jalon Walker isn’t the best player on the field, but Walker, a 4-star recruit, was playing with a host of 4-stars and quite a few 5-star recruits in Sunday’s nationally televised Under Armour All-America Game.

It was a pretty quiet afternoon for the 6-foot-2, 220-pound linebacker, who had a chance for a big play, but just missed on an interception.

Walker was one of five University of Georgia recruits competing in the game.

Two were teammates of Walker’s on the “Legends” team, while two were opponents on the “Icons” team.

Walker had one of the larger cheering sections. Forty or so friends and family made the trip.

The Legends got down in a hurry. Missouri signee Luther Burden, one of the 5-stars in the game and rated as the top receiver in the Class of 2022, caught a touchdown pass on the first play from scrimmage.

Michigan signee Derrick Moore, a 4-star defensive lineman, was named the MVP after registering multiple sacks and a number of QB hurries.

The Under Armour All-America experience included four practice sessions as well as the game itself.

A lot of people seeing Walker for the first time came away from those practices impressed with his energy, his ability to diagnose plays and his vocal leadership.

He’s expected to have a chance to play early at third-ranked Georgia, a program that will take on Alabama for the national championship on Jan. 10.

Walker will be enrolled in classes this semester and will be eligible to play in Georgia’s spring game.