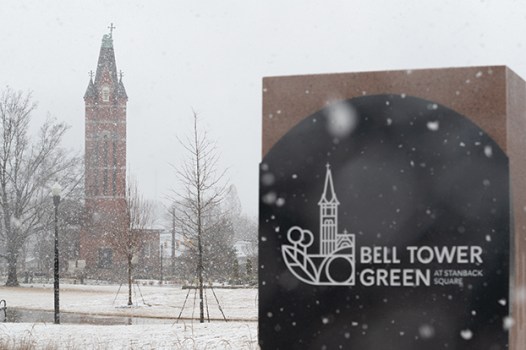 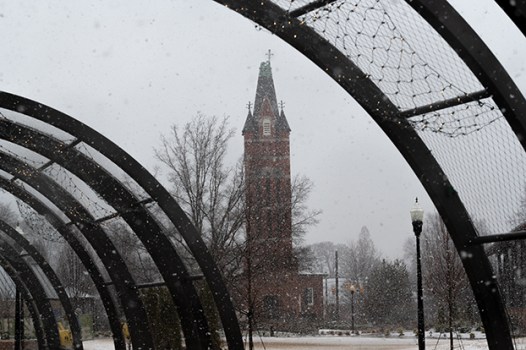 Josh Bergeron / Salisbury Post - Snow falls in Bell Tower Green during a heavy burst of big flakes on Monday. While snow stuck to grassy areas, the temperature was too warm for it to stick to streets and sidewalks. 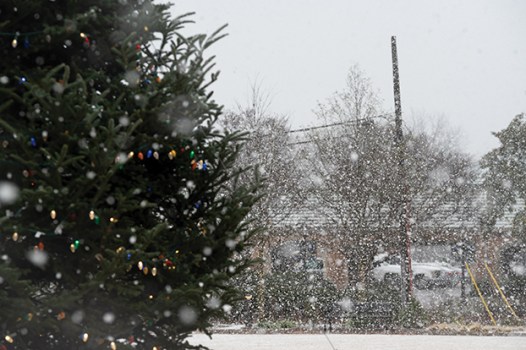 Josh Bergeron / Salisbury Post - A heavy burst of snow on Monday and Christmas decorations in Bell Tower Green Park made for a nice Christmas scene a few days into the new year. 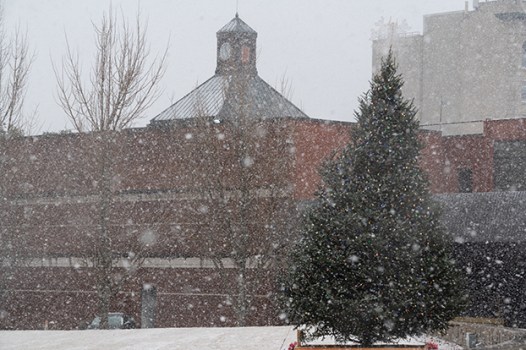 Josh Bergeron / Salisbury Post - Snow falls in Bell Tower Green Park during a burst of big flakes Monday. In the foreground in the park’s Christmas tree. In the background is the Salisbury Post building. 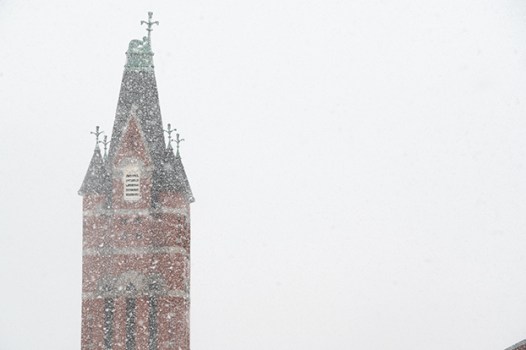 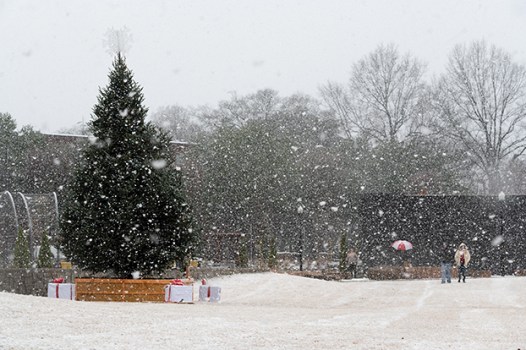 Josh Bergeron / Salisbury Post - People in the background walk through Bell Tower Green Monday during a heavy burst of snow. 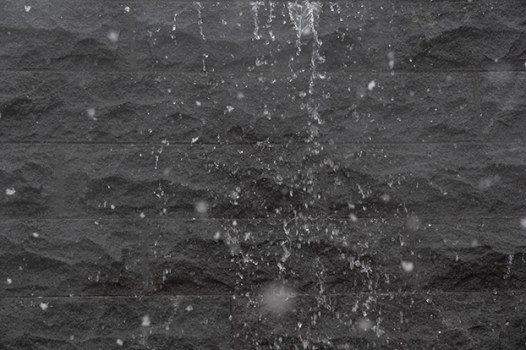 The rain and wind left more than 4,000 Duke Energy customers without power into the afternoon. Some of the largest swaths of outages were in the Gold Hill area and along North Main Street in Salisbury. In both areas, Duke Energy said more than 600 people were without power Monday afternoon.

The town of Landis, which operates a separate electricity system, experienced outages, too.

Data from Rowan County Emergency Services showed 76 tree down calls before noon on Monday. While some brought down power lines, others blocked roads. Emergency Services Chief Allen Cress said there were no reports of major storm damage.

Around mid-morning, cold rain turned into heavy, wet flakes of snow. Where decorations were up, the brief burst of winter precipitation created scenes of a white Christmas several days late. But temperatures were too warm for the snow to accumulate.

After the Salisbury area saw highs in the 60s and 70s to end 2021, the National Weather Service says temperatures will peak in the low 50s on Wednesday and Thursday. The next chance for precipitation is on Thursday night.