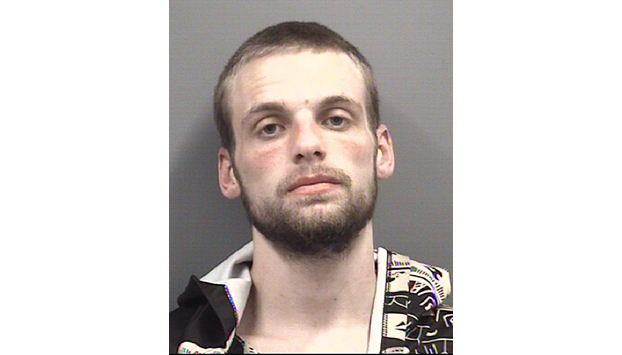 Spencer Wayne Clayton, 23, of China Grove was charged by the Salisbury Police Department Sunday with assaulting a government official or employee, resisting a public officer, defrauding an innkeeper, injury to personal property and first-degree trespassing.

Clayton allegedly took and ate nachos from the 7-Eleven gas station at 1605 E. Innes St. without paying for them. After refusing to comply with an arrest, Clayton pushed and punched an officer in the shoulder and neck, according to arrest warrants. He’s also accused of damaging various merchandise at the gas station during the incident.

Clayton was given a $10,000 bond and booked in the Rowan County Detention Center.

• Brian Allen Harwell, 33, of Concord was charged with possession with intent to manufacture, sell or distribute a schedule two controlled substance, possession of drug paraphernalia and maintaining a vehicle, dwelling or place for a controlled substance. Harwell allegedly was in possession of about 12 grams of methamphetamine. Harwell was also charged with carrying a concealed gun, carrying a concealed weapon, resisting a public officer and possession of a firearm by a felon. Harwell ran away from the scene while officers were conducting a vehicle search, according to the arrest warrant.

• Gerald Wayne Henry Jr., 30, of Concord was charged with fleeing or eluding an arrest with a motor vehicle and resisting a public officer. Henry was driving 80 mph in a 35 mph zone while fleeing arrest and apprehension by a police officer, according to the arrest warrant. Henry allegedly wrecked the motorcycle he was driving and fled the scene. When he was located, Henry failed to follow verbal commands and resisted being handcuffed, warrants state.

• Alfanso Veloz, 27, of Mooresville was charged with attempted second-degree burglary and injury to personal property. Veloz allegedly broke a glass storm door at home on the 17000 block of Mooresville Road and attempted to kick in the front door of the house. The kick caused damage in excess of $200. Veloz was issued a $15,000 bond and booked in the Rowan County Detention Center.

• Ryan Chamberlain, 25, of Mooresville was charged Saturday with simple assault, assault on a female and resisting a public officer. Chamberlain ran away from a crime scene while an officer was investigating an assault, according to the arrest warrant.

• Donna Lemire, 47, of Rockwell was charged Sunday with resisting a public officer and assaulting a government official or employee. Lemire allegedly walked away from a deputy who was questioning her about a 911 call. She then pushed and grabbed the same deputy while the deputy was attempting to detain her, according to the warrant for her arrest.

• Tyjaquan Najah Oglesby, 24, was charged with felony breaking and enter to terrorize or injure and possession of a schedule two controlled substance.

• There were at least six people charged with driving while impaired over the New Year’s weekend.