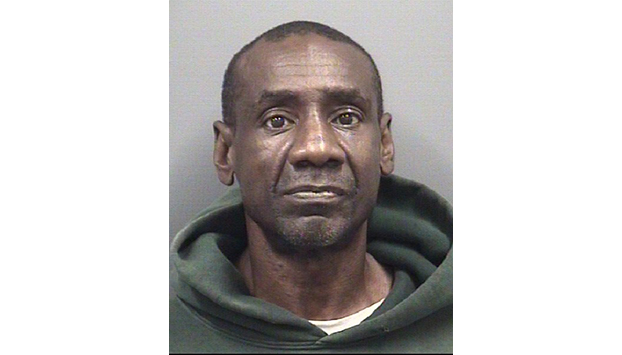 SALISBURY — A registered sex offender was charged on New Year’s Day with watching a girl use the bathroom in Bell Tower Green Park’s bathrooms.

Willie Bernard Donaldson, a 57-year-old Salisbury resident, faces a single charge of secretly peeping into a room occupied by a female.

Sgt. Russ DeSantis of the Salisbury Police Department said a 14-year-old girl went into the bathroom at Bell Tower Green Park and saw Donaldson in the stall next to her looking over the wall. The incident occurred about 15 minutes after midnight on Saturday after the city’s New Year’s Eve celebration in the park.

Donaldson received a $1,500 bond and was booked into the Rowan County Detention Center, where he remained on Monday.

State records show Donaldson was convicted in 2005 of attempted rape in Mecklenburg County — a charge for which he was required to register as a sex offender.

• A woman overdosed Friday in the 800 block of Jake Alexander Boulevard in Salisbury.

• A man reported a burglary Friday in the 700 block of Sunset Drive.

• A man reported credit card fraud in the 400 block of East Innes Street in Salisbury.

• A man reported a burglary in the 400 block of Pinewood Avenue in Salisbury. Tools worth an estimated $3,000 were stolen.

• A person reported an assault Saturday in the 800 block of South Fulton Street.

• A woman on Saturday reported a stolen catalytic converter in the 1700 block of Stokes Ferry Road.

• A woman reported an assault Saturday in the 1300 block of South Jake Alexander Boulevard.

• A woman overdosed Saturday in the 1200 block of Tall Oaks Circle.

• A crash involving a Rowan County Detention Center van occurred Friday near the intersection of North Salisbury Avenue and Harrison Street in Spencer. There were no injuries.

• A man on Friday overdosed in the 1000 block of Hunley Drive in Woodleaf.

• A person overdosed Saturday in the 300 block of Phillips Avenue in Landis.

• A break-in was reported Saturday in the 2100 block of Enon Church Road in Salisbury.

• A woman was the victim of a domestic assault Saturday on Bailey Court in Mooresville.