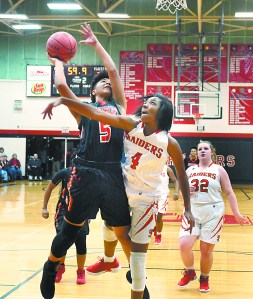 Bryanna Troutman (Salisbury) had 21 points and 10  rebounds as Wingate’s women’s basketball team won at UVA Wise 63-61 on Sunday to stay undefeated in the South Atlantic Conference.

Troutman was named SAC Player of the Week for the second time this season for the Bulldogs (11-1, 9-0).

Troutman ranks fourth in the SAC in scoring with 17 points per game on 52.8 percent shooting. She’s ninth in rebounding with 7.6 per game.

Catawba’s women (11-0, 8-0) are also undefeated and are scheduled to return to action Wednesday at Anderson.

Catawba plays at Wingate on Feb. 7 and hosts the Bulldogs on Feb. 23.

The 6-foot-10 shot-blocker reclassified to the Class of 2023 and is rated as a 4-star prospect.

The weather was iffy, but the McCanless Couples diehards showed up to play on Sunday.

Clifton was closest to the pin, while Clement had longest putt.

Sherrill had a 37-point game in December.

Javon Hargrave (North Rowan) has been credited with 63 tackles for the Philadelphia Eagles this season, including five against Washington on Sunday.