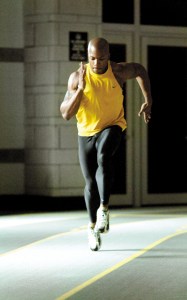 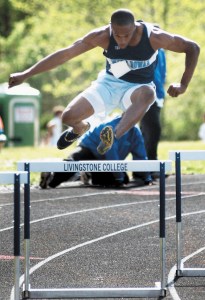 Defensive lineman Kyle Kitchens (Catawba) has been named the Defensive Player of the Year for the European League of Football.

Kitchens had 12.5 sacks for the Leipzig Kings.

Kitchens led the German Football League in sacks the previous season with 16.

Kitchens had 38 career sacks at Catawba.

Josh Trexler, boys tennis coach, among other duties, will be replacing her.

The naming of a new head football coach to replace Daniel Crosby is still a ways off.

Salisbury linebacker Jalon Walker (Georgia) will be competing in today’s Under Armour All-American Game in Orlando.

The game is being televised at 2 p.m. by ESPN.

Scheduled games for the Catawba’s men’s basketball team and the Livingstone men’s and women’s teams were canceled during the holiday period.

Catawba’s men’s home game with Young Harris scheduled for today is off. Catawba has had a number of positive COVID tests.

So has Catawba’s undefeated women’s team, but the women did not have any games scheduled during the holidays.

The Indians hope to return to action as scheduled at Anderson on Jan. 5.

Nick Lyerly (East Rowan, UNC Greensboro) shot 66-68-65 and tied for third at 11-under in an elite field in the 54-hole Patriot All-America Tournament held  at The Wigwam in Litchfield Park, Arizona.

Lyerly made three straight birdies to finish his middle round.

The Patriot All-America event honors fallen or severely wounded soldiers in partnership with the Folds of Honor Foundation.

Lyerly was playing  in honor of staff sergeant Jerome Lemon, who was killed serving in the U.S. Army in 2004.