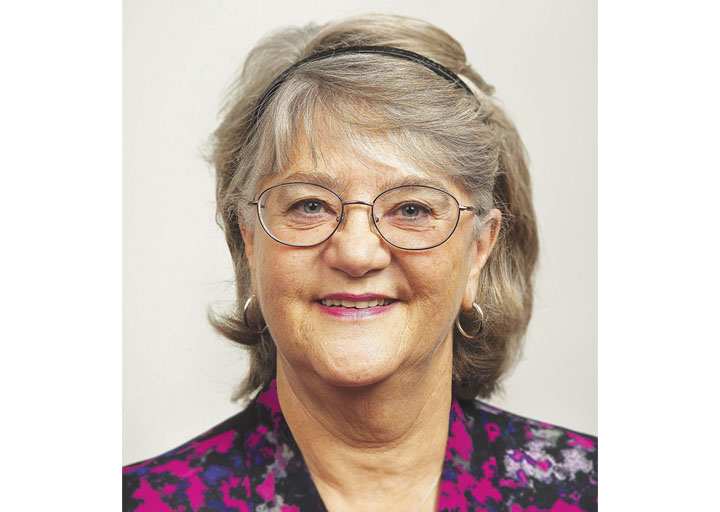 SALISBURY — In her new role as chair of the Rowan County Republicans, longtime local Republican Elaine Hewitt says efforts are focused on GOP victories in the 2022 election.

In November, Hewitt was selected as the new Rowan County Republican Party chairperson after then-chair Rev. Brad Jenkins stepped down due to his bid for candidacy for District 83, which will encompass the southwestern portion of Rowan County.

Hewitt, a native of Rowan County, is a veteran of the U.S. Air Force and previously worked part-time with the staff of First United Methodist Church.

Hewitt and her husband, Butch Clements, first became involved with the local Republican party around 2005. But the two became more active beginning in the 2008 presidential election. She currently chairs the Rowan Republican Election Integrity Committee. Previous roles in the party include vice chair, precinct vice chair and county party secretary. Hewitt is also a former member of the Rowan County Board of Elections.

Hewitt told the Post the party’s efforts in 2022 will focus on “electing candidates who support the greatness of America, a greatness that centers on freedom and charity.” Additionally, another challenge includes helping to educate the public on North Carolina’s election system and encourage their participation.

Angie Harmon. I can’t claim that we look anything alike. I liked her professionalism on Law and Order and Rizzoli and Isles.

A juicy hamburger fixed “all the way,” with slaw and ketchup so that the juices run down your fingers. The perfect dessert would be a hot fudge sundae.

To further develop our team of young Rowan Republican leaders.

To balance accomplishing my biggest personal hope for 2022 with enjoying time with my family, church and other community commitments.

I have a dream of being able to fund music lessons for children who cannot afford it. I am not musically talented, but my mother was, my husband is and our youngest son is. Music adds so much to life. If I spent money on myself, it would be to travel.

I am very honored, but surprised. I never expected at this stage of my life to be “Someone to Watch.”