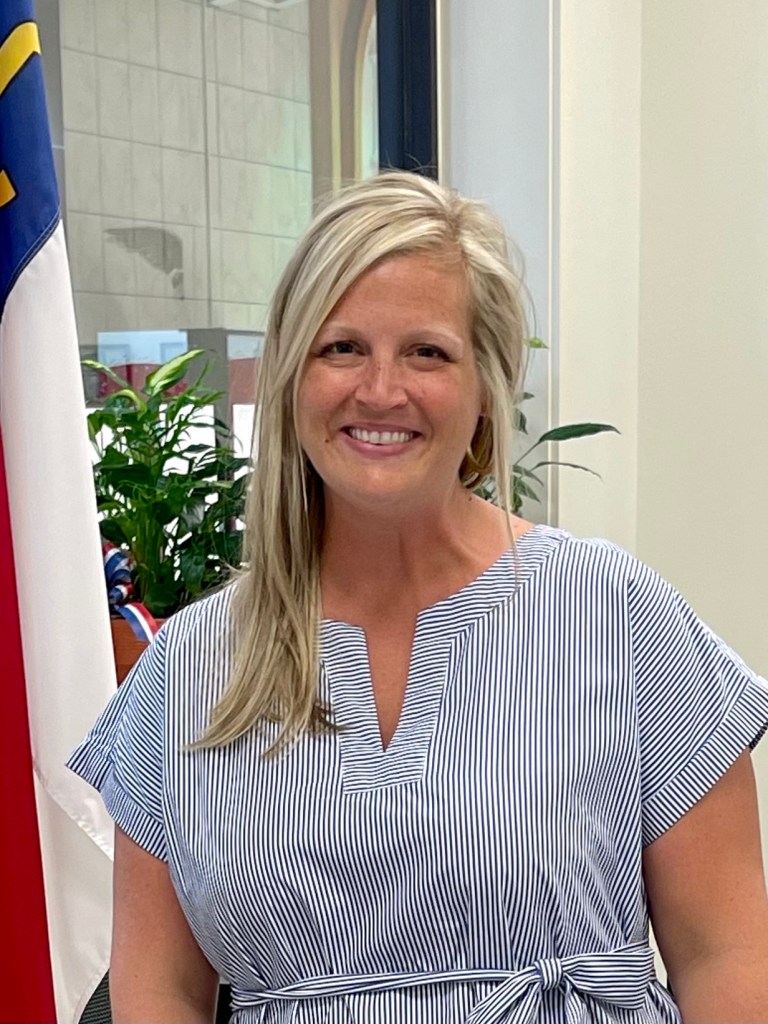 Brittany Barnhardt is a lifelong resident of Rowan County who was recently elected mayor of Granite Quarry by a wide margin.

Barnhardt is one of the Post’s 10 to Watch in 2022. She has a vision to make the town a better place for the next generation and is the town’s only female elected official.

Barnhardt, 35, stepped into the mayor seat in December after defeating former alderman Mike Brinkley in November. Former mayor Bill Feather served three terms, a total of six years, but did not run for reelection in 2021. Barnhardt defeated Brinkley with 70.5% of the vote and campaigned with Kim Cress and John Linker, sitting aldermen who won re-election.

When she won the election she told the Post she was ecstatic and blown away by the numbers.

A Salisbury native, her family owns Honeycutt Real Estate, but once she finished college at Wingate University she became a paramedic. She worked with Rowan County EMS and Novant Health. She was also a volunteer with Rowan County Rescue Squad and carried certifications with that organization.

She is new to elected office, but she was involved in Granite Quarry government before getting the major job., serving on the town’s Zoning Board, its Revitalization Committee as well as the executive board of the Granite Quarry Fire Department Auxiliary. She has also volunteered with local organizations.

Barnhardt ran for the mayor job looking to get more involved. Her two boys are in school full time and she has more time on her hands as a result. She has been interested in seeking elected office for years but held off to focus on her family.

Barnhardt’s goals in office are to focus on the town’s park master plan and to give staff direction on the plan. The parks are one of the reasons her family moved to the town. She also wants to focus on improving tourism beyond the town’s outdoor spaces.

Reese Witherspoon. She is persistent, has a great sense of humor and likes to have fun and remains unaffected by people’s harsh words.

My biggest hope for 2022 is for a healthy, happy and energetic community. I hope to see more people get involved within our small town, more events planned to increase tourism, and more business and industrial growth.

I don’t plan to watch one person in particular, but instead watch other small town leaders within Rowan County and throughout North Carolina.

I would donate to local nonprofits that are near and dear to my heart, give back to my parents as I will never be able to repay them for all they have done for me. As well as save/invest some for my children.

I truly couldn’t believe I was nominated to be one of the top 10 to Watch. The challenge is on and I sure hope I can make a positive contribution to my community and Granite Quarry worthy of this honor.