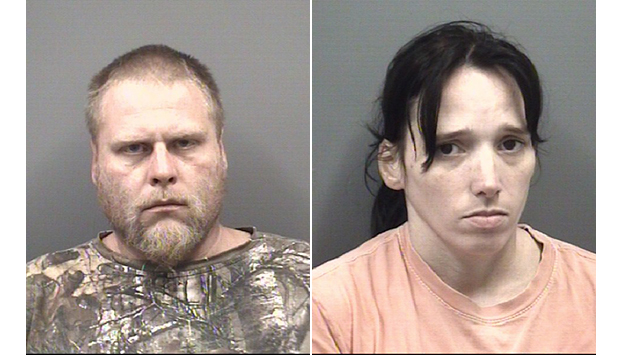 Jandrew, known as “Junkyard,” was arrested around 4 a.m. Friday, according to Rowan County Sheriff’s Office reports. He faces a charge of assault with a deadly weapon with intent to kill inflicting serious injury. The charge is tied to an incident on Dec. 17 when Jandrew allegedly shot a man with a shotgun at a residence in the 900 block of Carter Loop Road.

Further information about the arrest wasn’t released Friday. Jandrew remained in the Rowan County Detention Center Friday with a $150,000 bond.

Jandrew’s girlfriend, Tiffany Nicole Trull, also was sought for charges of being an accessory to the shooting and felony obstruction of justice. She was arrested around 11:30 a.m. Wednesday and was no longer in jail on Friday.

Another man, Michael Ellis White, was previously arrested for obstructing justice and altering or destroying evidence after allegedly trying to hide a video from his home security camera of the shooting. White lives at the house where the shooting occurred. His wife, Jennifer Dawn Tucker, also was arrested for obstruction of justice after allegedly providing misleading information to investigators.