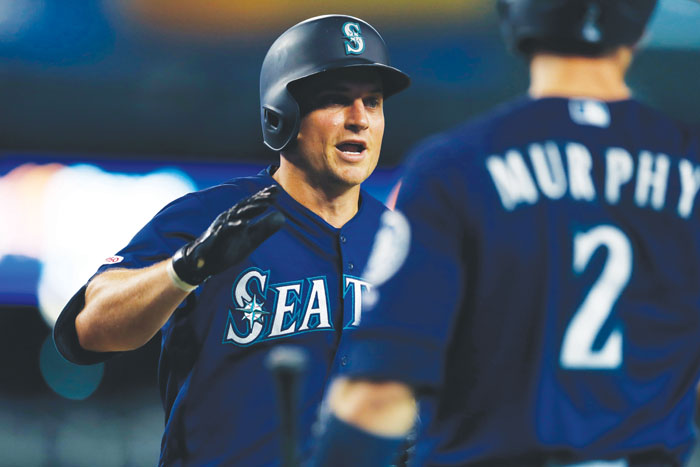 SEATTLE (AP) — Kyle Seager announced his retirement Wednesday after 11 seasons in the majors, all with the Seattle Mariners.

Always one to eschew social media, the Kannapolis native and former Northwest Cabarrus High School star made his decision known through a short statement posted by his wife, Julie, on her Twitter account.

“Thank you to all of my family, friends and fans for following me throughout my career. It’s been a wonderful ride but I am unbelievably excited for the next chapter of my life,” the statement says.

The 34-year-old Seager became a free agent after the season when Seattle opted not to exercise a club option on his contract. Rather than test the open market and with the uncertainty created by the ongoing lockout, Seager chose to call it a career.

Seager’s retirement is a bit surprising considering he was coming off one of his best seasons. He hit a career-high 35 home runs and had a career-best 101 RBIs last season as Seattle made a late run into playoff contention only to fall short in the final days.

According to the Elias Sports Bureau, Seager’s 35 homers in his final season are the second-most behind David Ortiz’s 38 with Boston in 2016.

Seager was tearfully removed from Seattle’s final game on Oct. 3 in the ninth inning after the Mariners had been eliminated from the playoff race.

“That was pretty special for me. That was a real moment,” Seager said after the season finale. “Obviously, you know this moment is gonna happen. You think about it, you think about how you’re going to feel but you can’t prepare for that. That was really special.”

Seager was the “other” player the Mariners selected out of North Carolina in the 2009 amateur draft. He was a third-round selection by Seattle while most of the attention was placed on No. 2 overall pick Dustin Ackley.

Ackley’s career never matched his draft position. Seager ended up becoming one of the best players in franchise history.

Seager was an All-Star and Gold Glove winner by 2014 and was rewarded with a $100 million, seven-year contract after that season. Seager was never again an All-Star but he was an anchor in the middle of Seattle’s batting order for his entire career and a standout presence defensively at third base.

As he got further in his career, younger teammates raved about Seager taking on a more veteran role and showing them the ins and outs of the game. When Seager was removed from the season finale, teammates were shedding tears.

“I’ve tried to help the younger guys and I want everybody to do well,” Seager said in October. “I want the Mariners to do well. … So when you have guys getting choked up and start talking about the impact that I’ve had, it means a lot to me. It really does.”

The lone entry missing on Seager’s career resume is a playoff appearance with the Mariners. Seattle went through some awful seasons during Seager’s career, finishing with a winning record only four times in 11 seasons.

Seager was asked at the end of the season what he wanted his legacy to be for his time in Seattle.

“I want to be somebody that came to work every single day,” Seager said. “Absolutely did his best. Competed. And not only tried to help myself but help others. Tried to help everybody get better and make this team better off.”