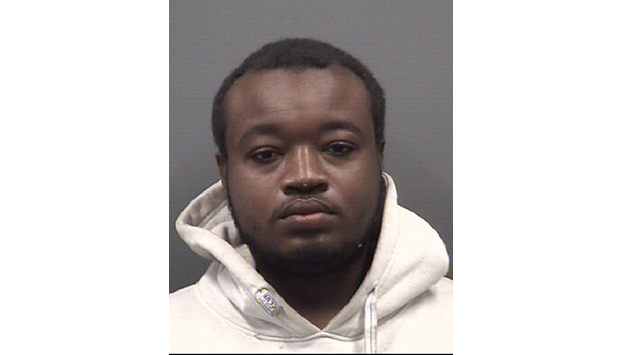 SALISBURY — A 22-year-old man faces a half-dozen charges for allegedly taking police on a chase across the city on Christmas Day.

Semaj Salgoud Barringer was charged Saturday with assault with a deadly weapon on a law enforcement officer or government official, breaking and entering a vehicle, larceny of a motor vehicle, resisting or delaying officers, fleeing to elude and hit and run.

Salisbury Police attempted to stop Barringer after receiving a call from a location on Jake Alexander Boulevard about a stolen car equipped with OnStar service, said Lt. Justin Crews. OnStar is a security and safety service for vehicles, and police used it to track the vehicle to 919 Fairmont Ave. There, police found the car parked in a driveway and occupied by one man.

Crews said officers gave commands to the man in the vehicle, later determined to be Barringer, and he put the car in reverse. Barringer struck a police car and nearly struck a responding officer, Crews said.

Barringer fled officers, who chased him from Fairmont Avenue to the Food Lion on Mahaley Avenue.