A.L. Brown’s boys, the defending champions, are out of the Dale’s Sporting Goods Sam Moir Christmas Classic due to COVID.

A.L. Brown’s girls are still in the hoops event.

That announcement was made by tournament officials on Monday.

The absence of the Wonders prompted quite a few changes to the boys bracket, including a first-round bye for top-seeded North Rowan. The Cavaliers automatically are in the semifinals.

There were a number of time changes.

Instead of starting at 9 a.m. on Tuesday, the tournament now opens at 10:30 a.m., and will begin with back-to-back girls games.

The first boys game will be at 1:30 p.m. when Carson plays Salisbury. The Davie boys will take on South Rowan at 4:30 p.m.

With the boys field reduced, a consolation game was added to Thursday’s schedule at 1:30 p.m. to ensure that all teams get to play at least two games. 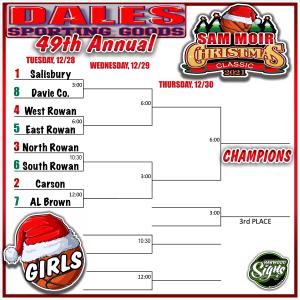 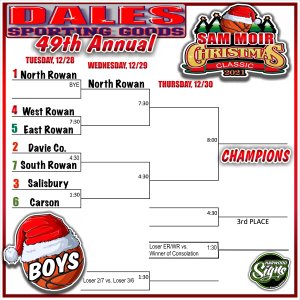 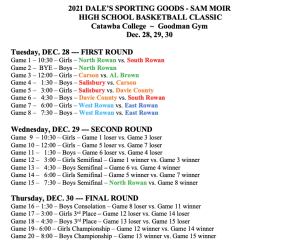