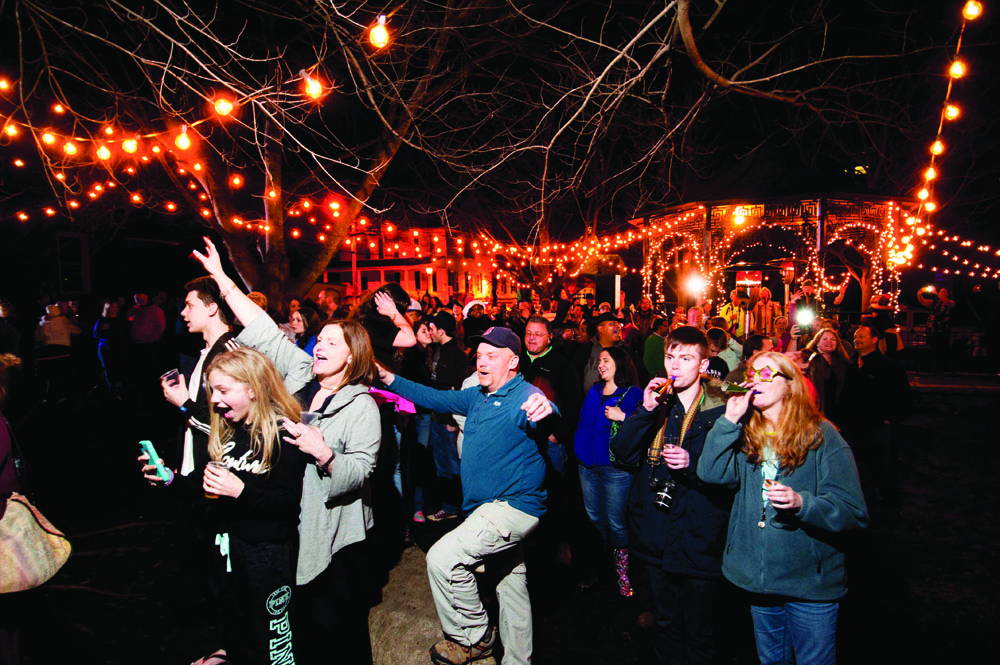 SALISBURY — The city will ring in the new year at Bell Tower Green Park on New Year’s Eve with food, drinks and Salisbury’s own Divided by Four rocking the stage.

Beginning at 9 p.m. on Dec. 31, Divided by Four, a rhythm and blues band, will take the stage until a few minutes before midnight. Vivian Koontz, events coordinator for the city’s Parks and Recreation Department, said the city will then flip to the live broadcast of Dick Clark’s New Year’s Rockin’ Eve with Ryan Seacrest in New York City’s Times Square to join in on the official countdown to the start of 2022.

Mean Mug, New Sarum Brewing and Motzarellas food truck will be on site for food and beverages. Koontz said she’s currently working to line up a few additional food and drink options.

New Year’s hats and noisemakers will be available on a first-come, first-served basis. Additionally, those in attendance are welcome to a glass of sparkling cider for a toast to the new year, though there will be a limited quantity available. The park will feature a host of yard games for children and families to enjoy.

At midnight, members of the public will be allowed to ring the bell in the Bell Tower in celebration of the new year.

The event is hosted by the city’s Parks and Recreation Department and sponsored by Novant Health.

Koontz said anyone interested in reserving a space or hosting an event at Bell Tower Green Park can contact the city’s Parks and Recreation Department at 704-216-PLAY or play@salisburync.gov.