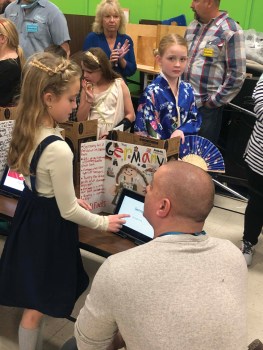 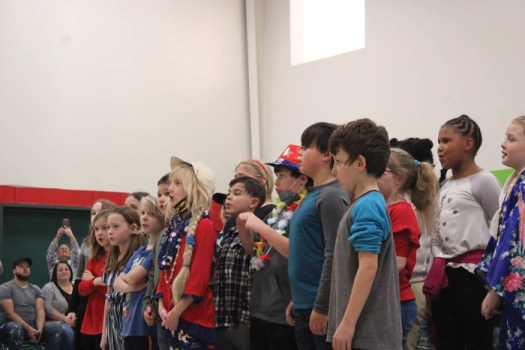 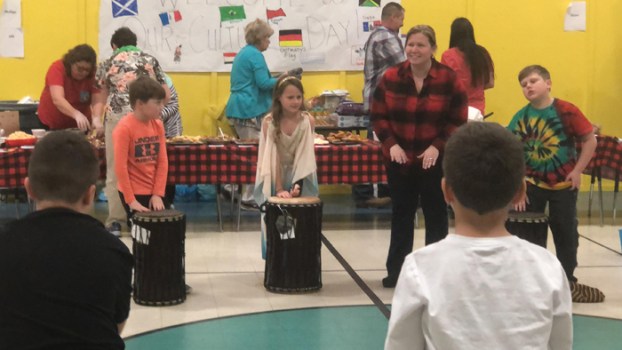 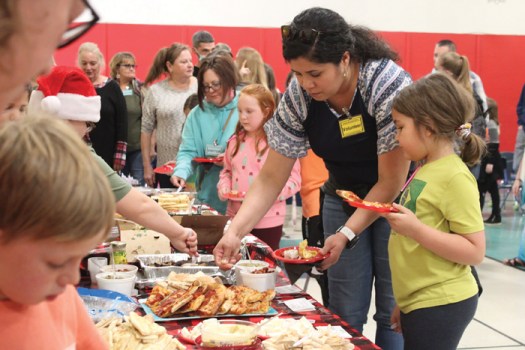 GOLD HILL – Third graders at Morgan Elementary recently explored some of the cultures that can be found around the world as well as here in Rowan County.

Students congregated, ate and learned a few things about cultures from other countries, from Greece to Vietnam

Third grade teacher Rhonda Miller said the event on Dec. 15 was the culmination of a three-week study on different cultures in the community. The school first did this in 2019, but in 2020 it held off because of the pandemic.

In the classroom, kids learned about countries students chose and each took on learning about the country’s food, language, ways of celebrating, arts and religious traditions. They presented their findings in class, while at home they  created dolls reflecting the cultures they were studying and poster board presentations to be displayed at the event.

The students performed dances and songs and presented artwork representative from the culture they picked. Parents brought foods representing the ethnic cuisines from cultures as well.

“It was just a fun culminating activity where we all got together,” Miller said.

Miller said there were a number of East Asian cultures represented including Thailand, China and Japan. Miller said a couple students also presented on the culture of Cherokee native Americans.

“Each teacher started with American culture, because that is what most of the kids are familiar with, and then we kind of branched out to some of the cultures that are right here locally,” Miller said.

The first year the event was held it was hosted in classrooms, but this year it took over the entire gym.

Miller noted most of the food was purchased in the county either at local restaurants and stores.

“Just exposing those kids to other people and other cultures outside of their little world was something we wanted them to have an experience with,” Miller said, adding part of the state curriculum is teaching other cultures.

Student Reagan Hatcher picked Greece to study. A couple of the things she learned about while studying is ancient Greece had the first recorded democracy, the Olympics began there and Mount Olympus is the country’s highest mountain. Her favorite part was the food from different cultures.

“That was the fun part,” Hatcher said.

Britt Hatcher, Reagan’s mom, said it was a great experience for the students and the parents to dig into other cultures

“Now when we’re out she’s like ‘Oh look there’s a Greek restaurant and they do this,'” Britt said. “It’s really opened her eyes to something bigger than herself and bigger than North Carolina.”

Britt said she hopes the event inspires Reagan to keep learning about things outside of what she already knows.

“It opens her world to things bigger than herself,” Britt said, adding she hopes Reagan has the chance to travel and expand on what she learns in school.