After winning Beginning Teacher of the Year, Lowensten looking for next mountain to climb 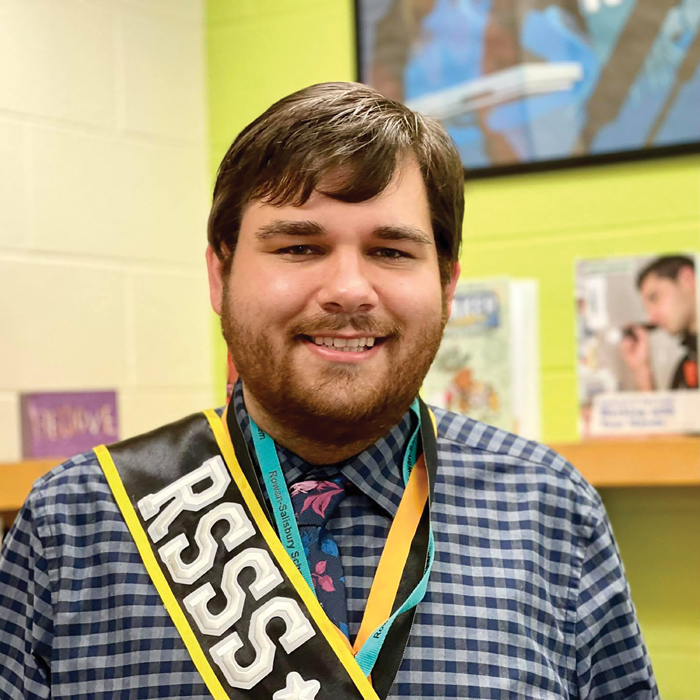 He grew up in the town of Monroe, New York, and said his early days in education were rough. No one pushed him to do better. He had a reputation among teachers as a kid who fails.

“A lot of people almost ignored me and didn’t make me feel important,” Lowensten said.

That was until he reached seventh grade. At that point, there were two people, a science teacher and a math teacher, who pushed him to do better in his classes.

“They didn’t accept when I failed or did bad at something,” Lowensten said.

They would sit with him and make him do his homework. At first he hated it, but after getting to know them and understanding they were taking an interest in his education he started to appreciate it. By the time he was in eighth grade, he had gone from a poor student to getting As and Bs in all his classes.

The special interest that pushed him to do better in school inspired him to become a teacher. He was named Rowan-Salisbury Schools’ beginning teacher of the year for 2021.

By the time he started high school, he felt more comfortable in the classroom. He valued his education and found himself helping other kids who came from poor backgrounds and were struggling in school.

“I started to better myself and started realizing that it allows me to better the people in my life I care about most,” he said. “With education, it’s kind of like a cycle where if you do really well in school and educate yourself you will continue that cycle for the people around you. On the other hand, if you don’t educate yourself, you kind of perpetuate that cycle in your life.”

Thinking about his future was a new concept at the time. He had never thought about it — only assuming he would finish high school and find a job. Going to college or pursuing something greater was never an option early on.

Now, he tries to talk to his students at Corriher-Lipe Middle School about what they are interested in. One of his students wants to be a chef. For some people, trades are perfect, he said.

Having serious conversations with students about what they will do next is one of the most important things he can do, Lowensten said.

He also tries to make his students think about school as a way to prepare for the future. He teaches math and knows there are a lot of kids who question whether the material will be important to them later in life. He impresses on them the practicality of math and being prepared so options are open to you.

“You don’t want to end up in high school failing math classes but wanting to open a business, realizing ‘Oh man these past five to six years I really wish I was working harder and focusing on this because I didn’t realize I needed it,’” Lowensten said.

Lowensten said it is easier for someone to ignore problems and much more difficult for people to solve them. He said anyone can grade a test and tell a kid they failed, but not everyone will go the extra mile and put in the work to make that student successful. One of the hardest things is getting students to change their attitude toward school and want to succeed.

Middle school years are some of the most awkward and impressionable times in kids’ lives as they go through puberty, learn about dating and develop more socially. That’s why it’s one of the most critical times for teachers to reach students, he said. Kids start deciding who they want to be, and he wants to be a part of that.

“I always wanted to do middle school,” he said. “When I was student teaching, a lot of placements were in high school, but in middle school I had the most impact. A lot of kids were desperate for guidance.”

He connects with kids, including the struggling ones, because he went from a failing student to an A student.

Lowensten is only in his second year of teaching. He said he would be doing the same job he is now whether he received the award or not. He is more focused on being a better version of himself so he can benefit his students more.

Now, he just sees the award as one mountain top he has reached. He is looking for the next one.