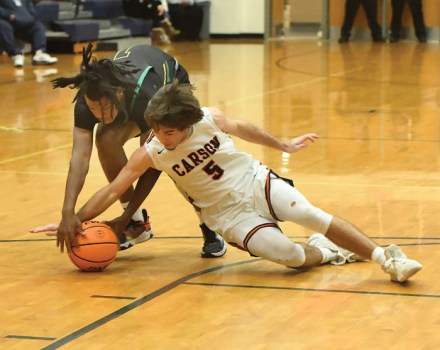 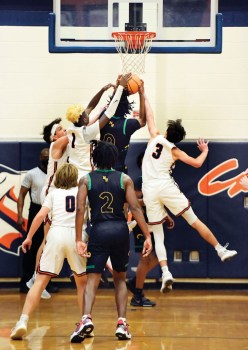 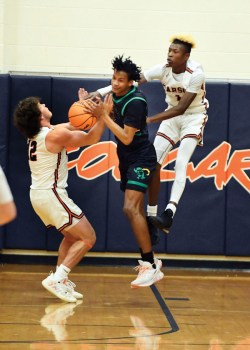 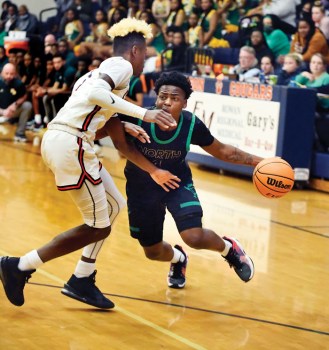 Carson (0-7) had controlled pace and had done everything it needed to do against the Cavaliers (7-1) and led by a point late in the third quarter.

But a minute later, after a couple of three-point plays by the Cavaliers, the Cougars were down seven, and North had all the momentum.

North beat Carson 57-51 in another competitive game on opening night in Spencer.

Emory Taylor and Jay Howard made 3-pointers in the first quarter for the Cougars.

Carson led 15-14 after a quarter and was up 22-21 at halftime after both teams struggled offensively in the second quarter.

“Carson packed it back in a zone in the first half, and we didn’t shoot it well, didn’t run our offense as well as we have been, and we couldn’t turn them over to get any transition buckets,” North head coach Jason Causby said. “We challenged our guys at halftime to sit down and play some solid defense.”

North abandoned its traps for man-to-man, and got the results it was looking for by the end of the quarter.  North forced more turnovers and got more easy buckets.

North pulled away in the fourth quarter with Quashawn Carpenter making two pull-ups and a 3-pointer and getting nine of his 18 points in the final quarter. Naejone Whitney got seven of his 10 points down the stretch.

“Whitney had a big game offensively and defensively,” Causby said. “We also got Jae’mias Morrow (11 points) going tonight, and that was good to see.”

Howard finished with 17, but was the only Cougar to reach double figures.

North will enter the Christmas tournament as the No. 1 seed and one of the top contenders.