Sports obituary: Williams launched homers in the summer of ’62 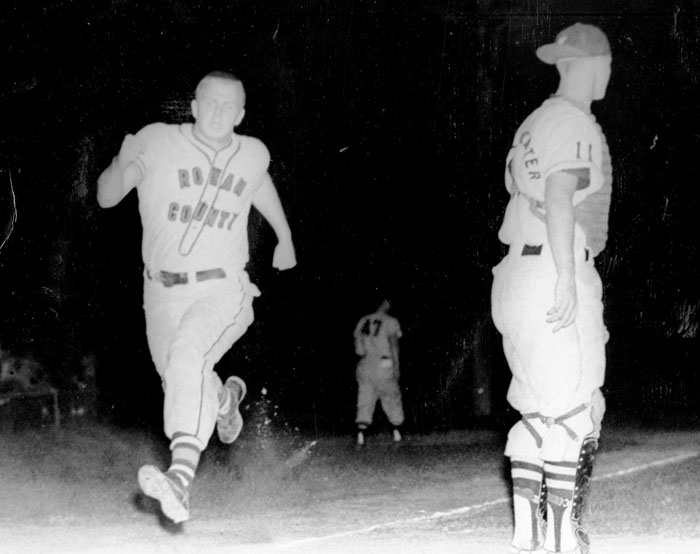 SALISBURY — Swinging wood bats against crafty pitching, it was tough to get a hit at Newman Park in the summer of 1962.

Rowan County played in the six-team Southern Division of Area III. Division opponents were Kannapolis, Concord and Charlotte’s Post 9, Post 262 and Post 380, so there were no walks in the park. Kannapolis had about two-thirds of its team back from the 1961 state champions. Post 9, which would be national runner-up in 1964 and national champion in 1965, was an elite program.

Rowan’s offense managed nine homers in a 27-game season. Six of the nine were launched by Lonnie Frank Williams Jr., a North Rowan graduate who recently passed away in Salisbury at 76.

Williams walloped two of his homers in the same game. To put that feat in perspective, none of his teammates hit two all season.

Williams, who played left field at Newman Park from 1961-63, batted a modest .217 in the summer of 1962, but he still was the cleanup man for Rowan County because of his left-handed power and because of his ability to deliver in the clutch.

He started the 1962 season in a slump and was 2-for-15 with no RBIs the first five games. Young Rowan coach Jack Turney kept sending Williams out there, however, and Turney finally was rewarded on June 14. Williams creamed a towering drive over the right-field fence to key a victory against Post 262.

The next night was a turning point in Rowan County’s season. Williams socked a solo homer in the second inning, but Rowan County was trailing 9-6 late in the game against Post 380. That’s when Williams sent a game-deciding grand slam screaming over the center-field fence at Newman Park. That gave Williams three homers in two games, and Rowan County had a winning streak.

In Rowan County’s next game, against Post 262 at Charlotte’s Griffith Park, Williams stayed hot. He sent a blast over the towering wall in right-center that cleared the 400-foot marker.

People who were there swear that Williams’ shot was so magnificent that the Post 262 pitcher walked to the plate and waited on Williams, so he could shake his hand.

Williams was good for a hit every game for the next week or so and produced big RBIs as Rowan County finished second in the division standings in the regular season, behind Post 9.

The top four teams made the playoffs. Kannapolis, which rostered tremendous players from Mooresville and China Grove as well as Kannapolis, had scored 25 runs in a single inning that season. Kannapolis put it all together to oust Post 9 from the playoffs. Rowan County knocked out Post 262 in a series that went the maximum five games.

In the third game, Williams went 3-for-4 with four runs scored and three RBIs and unloaded a mammoth homer as Rowan County took a 2-1 lead in the series.

In the decisive fifth game, Heglar took over, striking out 12 and pitching a two-hit shutout, and Rowan owned the Southern Division of Area III championship.

Northern Division champion Asheboro held Williams to three hits in a six-game series and beat Rowan County for the Area III championship, but the memories linger.

While he was a fine, all-round baseball player — Williams made only one error in the outfield in 1962 and led Rowan County in stolen bases in 1963 — he probably was better at football.

Those were two-way days when the all-county team was only 11 men.

Like a lot of Rowan athletes in the late 1950s and early 1960s, Williams headed to Lenoir-Rhyne to play football.

Military service came not long after that. He was a sergeant in the Air Force. A communications specialist, he was assigned to Japan and then he headed to Michigan as part of the Aerospace Defense Command.

As a civilian, Williams initially went to work for Household Finance Company, although most of his working life would be spent with Kern Rubber Company.

In the summer of 1969, Williams married Ruby Jean Honbarrier, an East Rowan graduate. It was a marriage that lasted until his death.