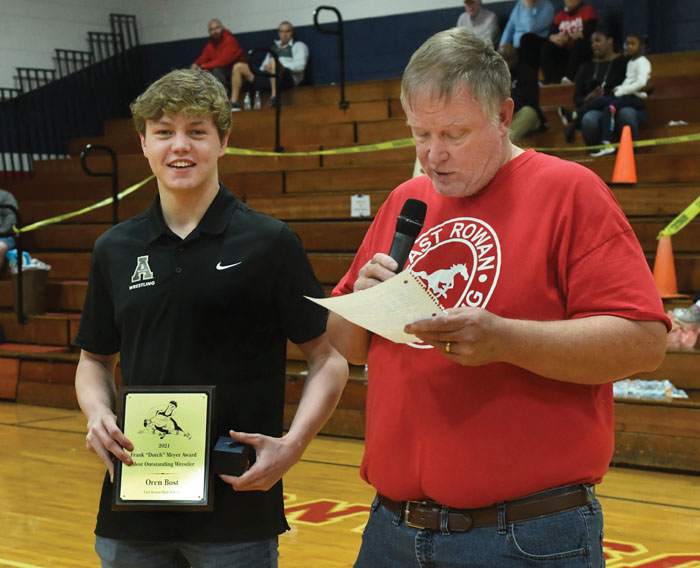 Oren Bost, a freshman wrestler at Appalachian State, was saluted in the gym at halftime of Monday’s boys basketball game with South Stanly and was presented with his championship ring by legendary coach Barry Justus.

After COVID delayed the 2020-21 wrestling season for months, Bost fulfilled a long quest by winning the 3A state title at 160 pounds. In the state tournament, he dominated four strong opponents by a combined score of 41-3. 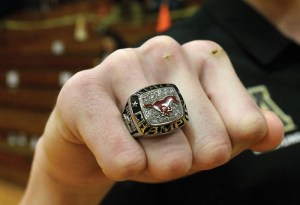 Bost put together a 26-1 senior season that included his third regional title. His only loss was a 3-2 decision to Mooresville’s Luke Goodin, who took the 4A championship.

Bost and South Rowan’s Jacob Cox, 2A state champion at 138 pounds, shared last season’s Dutch Meyer Award, which is voted on by coaches and goes to Rowan County’s top wrestler.

Bost reported to Appalachian State the day after the state championships last June.

He is redshirting for the Mountaineers this season, but he has been able to wrestle “unattached” in some open tournaments. He won seven of his first 12 matches and turned in a second-place place finish in the King College Open.