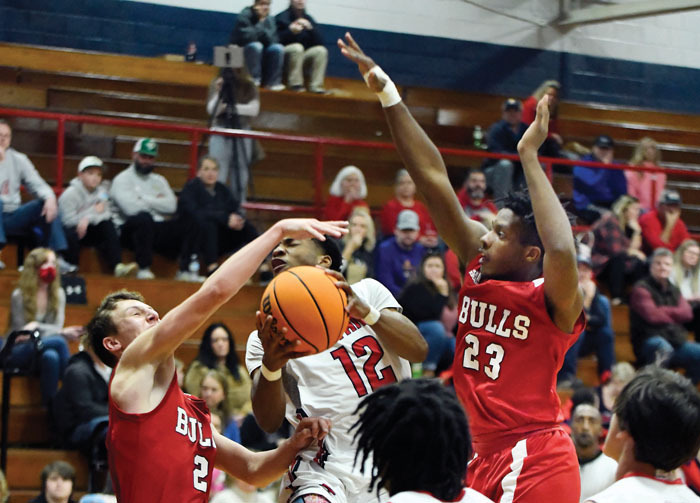 GRANITE QUARRY — It’s nice to get an easy one now and then.

“We did everything right except win in that one,” Porter said. “I couldn’t have been more pleased with how hard we played against Lake Norman Charter. That carried over to tonight.”

East is getting healthier. That always helps.

“Gavin Clement and Daniel Overcash have been sick, but they’re getting better,” Porter said. “I felt like we finally had a full roster, finally had everyone tonight.”

The Mustangs were up 16-7 after a quarter and had the game under control at 40-22 by halftime. Porter was able to sub early and often in the second half.

Dylan Valley also had 18. Valley got back on track after being held to six and 10 in East’s previous two outings.

Harris could have gotten quite a few more. He made unselfish passes to help reserves get in the scorebook.

“We changed some stuff up tonight and pressed more,” Porter said. “Being more aggressive on defense helped get us going and created more offense. We’d been struggling to score a little bit.”

East had scored in the 40s in three of its previous four games.

A layup and a 3-pointer by Jaden Sprinkle and a stickback by Dominick Dale closed the scoring for the Mustangs.

East is scheduled to return to action in the Dale’s Sporting Goods Sam Moir Christmas Classic on Tuesday, Dec. 28. The Mustangs will be seeded fifth.